Secretary of State Antony Blinken announced that the US, in coordination with Qatar, has imposed sanctions on several alleged Hezbollah financiers. 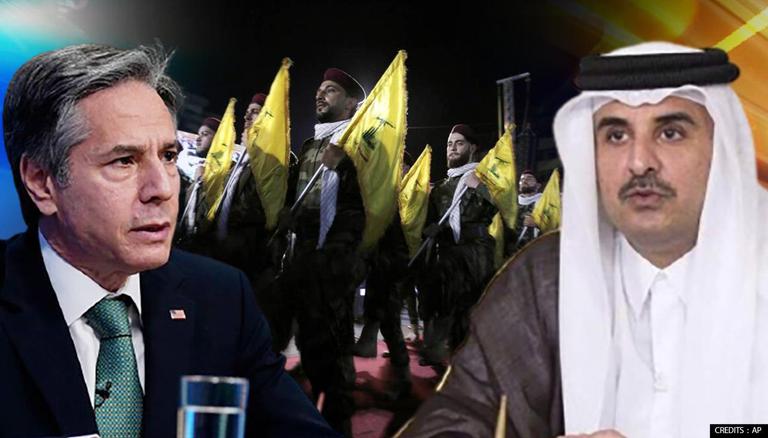 
The US Secretary of State Antony Blinken on Wednesday, 29 September, announced that the United States, in coordination with Qatar, has imposed sanctions on several alleged Hezbollah financiers based in the Gulf region. Taking to Twitter, Blinken welcomed the sanctions as an example of the Biden administration’s cooperation with international allies. He said that the US will continue to cooperate with global partners to protect the US and its allies from “terrorist abuse”.

The United States and the Government of Qatar have taken coordinated action against a major Hizballah financial network based in the Gulf. We will continue to cooperate with international partners to protect the U.S. and international financial systems from terrorist abuse.

Separately, according to a press release, the US announced the sanctions against what it called a “major” Hezbollah financial network based in the Arabian Peninsula. It informed that it was taking action against seven people including Qatari nationals Ali al-Banai and Ali Lari, who, according to the US, have secretly sent tens of millions of dollars to the Iranian-backed Lebanese militant group. Additionally, the US and the Qatari government also targetted a real estate firm that it said funnelled millions of dollars to Hezbollah and institutions linked to the group.

In a statement, Blinken said that Hezbollah uses “global networks of financiers and front companies to support its malign activity". "This represents one of the most significant joint actions we have taken with a Gulf Cooperation Council (GCC) partner to date and underscores our extensive bilateral cooperation on countering terrorism finance," Blinken added.

As per the press note, concurrent with the action, the Government of Bahrain has also frozen bank accounts and referred three individuals to their prosecutor’s office. Bahrain took action by freezing the bank accounts of al-Banai's nephew on the island and will prosecute three people. It is worth mentioning that the US designated Hezbollah as a Foreign Terrorist Organisation in 1997 and as a Specially Designated Global Terrorist (SDGT) in 2001. GCC, on the other hand, had designated the group as a terrorist organisation in 2016.

Blinken noted that there is a growing international recognition of Hezbollah “true nature” with 14 countries in Europe, South and Central American taking significant steps to designate, restrict or ban the group in the past several years. The US top official urged other governments to also follow the suit. Meanwhile, now the US and Qatar’s recent action will freeze Hezbollah financiers assets in the United States. The sanctions will also make the group a potential crime for American citizens to do business with them.

WE RECOMMEND
US Senators table bill on counter-terrorism in Afghanistan; hint at sanctions on Pakistan
US NSA travels to Egypt amid escalating regional crisis, to visit Israel later
Over 100 US citizens evacuated from Afghanistan via private charter, say organisations
US: Top economic policymakers warn of ‘devastating’ impact of debt default amid COVID
US report exposes Pakistan, identifies it as home to '12 foreign terrorist organisations'