“We helped build the multilateral system to solve big, complex problems that no country could address alone,” asserted US secretary of state Antony Blinken. 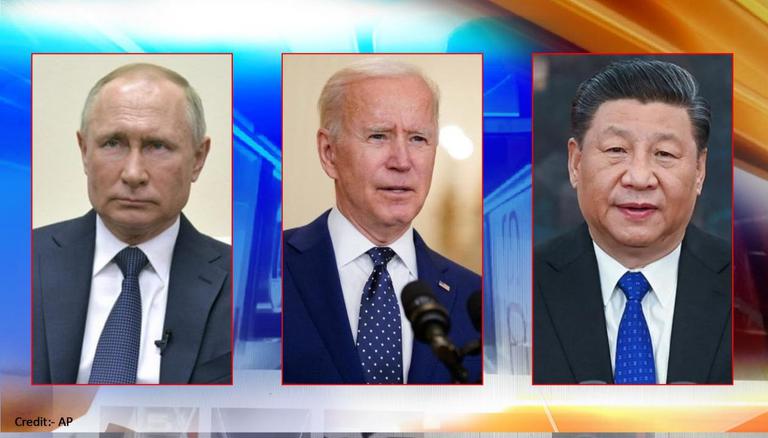 
At the UN Security Council multilateral meeting held on May 7, the United States, Russia, and China took a swipe at each other during the ongoing discussions related to the international commitments, human rights violations, climate change, COVID-19’s devastating impact, and resurgence of the economy, among many other issues. “We helped build the multilateral system to solve big, complex problems that no country could address alone,” asserted US secretary of state Antony Blinken at a meeting ‘Maintenance of international peace and security’ chaired by Beijing’s Foreign Minister Wang Yi with a focus to hold ‘critical talks’ on the future of the United Nations (UN) and the international order.

As competition post-WWII necessitated for “some countries” to collide and lead the fall of other nations, the US chose a “different path,” Blinken told his Chinese and Russian counterparts, asserting that the US adopted principles that alleviate human suffering, conflict, defends human rights; fosters an ongoing dialogue to uphold and improve a system that “helps other nations.” Multilateralism is still our best tool for tackling the big global challenges, US President’s state secretary told the virtual round table.

We helped build the multilateral system to solve big, complex problems that no country could address alone. We intend to work through this system to stop COVID-19 and tackle the climate crisis, among other priorities, and abide by the core principles of the international order. pic.twitter.com/8i8GPnjXwv

In response to US’ remarks, Moscow’s Foreign Minister Sergei Lavrov took an aim at the United States’ plans of “global democracy” stressing that the architecture of global governance was threatened post WWII due to escalating international tensions. Lavrov then said, naming the US that the “countries” must abide by UN Charter’s foreign policies and respect the sovereign equality of states, without not interfering in their internal affairs. Moscow’s comments came in the backdrop of US interference in Russia’s military buildup and defence activity in Eastern Ukraine.

The US had constantly criticized Russia’s annexation of Ukraine’s Crimea region as tensions heightened between Ukraine and Russia last month. US asked Moscow to pull back the “very large Russian force” deployed at the Ukrainian border saying that Moscow created a climate of fear and intimidation in Ukraine that “we do not need.” US President Joe Biden had also earlier called Russia’s President Vladimir Putin "a killer”, an accusation that escalated tensions and was shortly followed by series of sanctions on Russia for its alleged involvement in 2020 US election meddling.

China aims at US for 'unilateral sanctions'

China’s wang exchanged barbed words with the US state secretary condemning US unilateral sanctions on other countries, while the US launched an attack on China for genocide on the ethnic minority Uighur Muslims cleansing. “Human rights and dignity must stay at the core of the international order,” Blinken told China. “Universal Declaration of Human Rights begins with the word “universal” because our nations agreed there are certain rights to which every person, everywhere, is entitled,” he told China’s foreign minister.  Russia meanwhile said that regrettably, the states that use the policies of illegal sanctions and continue to turn a deaf ear to reasoning, even more regrettable, need to act considering the lives of ordinary people maid the pandemic.

“Practice of imposing unilateral, illegitimate sanctions persists, which undermines the authority and prerogatives of the UN Security Council,” Russia said, without naming the US.

"We have repeatedly drawn attention to the need to lift restrictions that, in the context of the pandemic, affect vulnerable groups and limit their access to food and healthcare. UN Secretary-General Antonio Guterres has also called for suspending these measures in the current situation. We strongly support his initiative,” Moscow’s foreign secretary added, condemning US' policies.