US Secy said there is “lots of hard work ahead” but he also added that after seeing the alternative, he thinks that should cause everyone to redouble efforts. 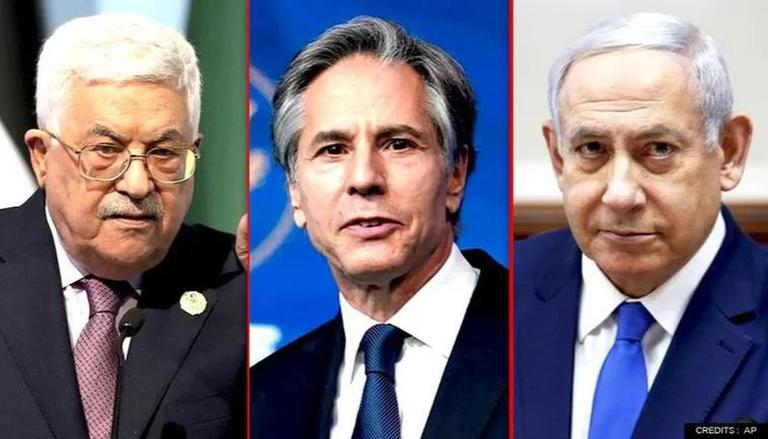 
US Secretary of State Antony Blinken, who is currently on a Middle-East tour, on May 25 said that Israel and the Palestinians faced an uphill struggle to restore trust after a war with Gaza and unrest in the West Bank. His tour, which started in Isreal and will also take him to neighbouring Egypt and Jordan, comes as unrest still grips parts of annexed east Jerusalem after the ceasefire ended 11 days of fighting in and around the Gaza Strip. In Jerusalem, Blinken said there is “lots of hard work ahead” but he also added that after seeing the alternative, he thinks that should cause everyone to redouble efforts.

As per a press release, the top US diplomat said, “There's lots of hard work ahead to restore hope, respect and some trust across the communities”.

He added, “But we've seen the alternative and I think that should cause all of us to redouble our efforts to preserve the peace and improve the lives of Israelis and Palestinians alike”.

Further, following a meeting with Israeli PM Benjamin Netanyahu, Blinken vowed to support to help rebuild the battered Gaza Strip and shore up a truce between Hamas and Israel. However, he insisted that the territory’s militant rulers would not benefit from any aid. Blinken warned that Washington would not allow any international aid to rebuild impoverished Gaza to benefit Hamas.

READ | US Secretary of State Blinken arrives in Israel

Blinken said, “We’ll work with our partners closely, with all, to ensure that Hamas does not benefit from the reconstruction assistance”. “The United States fully supports Israel’s right to defend itself,” he reiterated.

Netanyahu, on the other hand, warned that Israel would respond very strongly if Hamas violated the truce. He said that if the militant group breaks the calm and attack the country, then Israel’s response will be “very powerful”. “And we have discussed ways of how to work together to prevent Hamas rearmament with weapons and means of aggression,” Israeli PM told Blinken.

Meanwhile, US Secretary of State said that President Joe Biden asked him to visit the Middle East to demonstrate the commitment of the United States to Israel’s security, to start to work toward greater stability and reduce tensions in the West Bank and Jerusalem, to support urgent humanitarian and reconstruction assistance for Gaza, to benefit the Palestinian people, and to continue to rebuild our relationship with the Palestinian people and the Palestinian Authority. He said that the US “fully supports” Israel’s right to defend itself against attacks such as the thousands of rockets fired by Hamas indiscriminately against Israeli civilians. Blinken even added that the US will continue to strengthen all aspects of “longstanding partnership”.

WE RECOMMEND
US State Secretary Blinken lands in Israel, assures 'significant' support to Gaza
US security assistance to Pakistan remains suspended, says Pentagon
US Secretary of State Blinken arrives in Israel
US Secretary Antony Blinken to travel to Jerusalem, Ramallah, Cairo and Amman
US allows citizens with expired passports to travel back to country until December