China’s interest in Afghanistan could be “an alignment of interest” with regards to what the US and China seek in the war-stricken country, said US official. 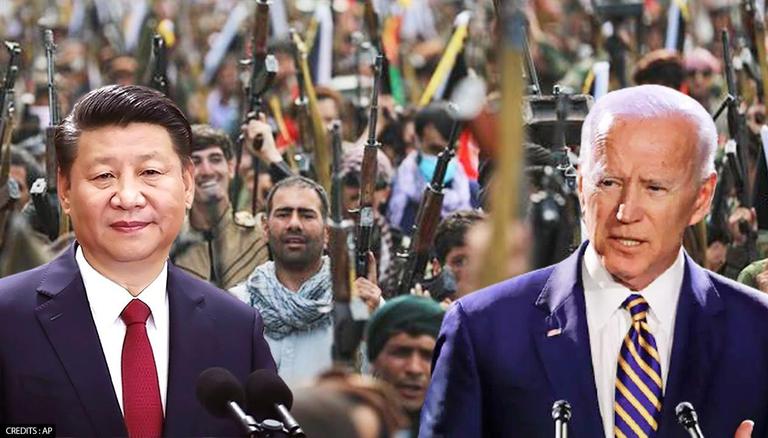 
China’s interest in crisis budding in Afghanistan could be “an alignment of interest” with regards to what the US and China seek in the war-stricken country, said US State Department spokesperson Ned Price on August 2 (local time). When asked about what is America’s assessment of meeting between Chinese Foreign Minister Wang Yi and Taliban delegation led by group’s chief negotiator Abdul Ghani Baradar, Price told ANI that “in at least some areas,” China has an alignment of interest as compared to the rest of the international community.

"There's an alignment of interest in at least some areas when it comes to what we seek, what China seeks and what the broader international community seeks in Afghanistan," US State Department spokesperson Price said.

The US official’s remarks came after China’s nine officials met with members of the insurgent group that also coincided with the time US Secretary of State Antony Blinken was on his official visit to India. Reportedly, it was the Chinese government that invited the Taliban leaders to the coastal city of Tianjin and the optics of the coincidence, as per ANI, showed that Wang welcomed Baradar. The co-founder of the Taliban and the head of its political commission, Baradar was welcomed by China’s delegation with ‘open arms’ before sitting down for talks.

Furthermore, the display between China and the extremist group came in stark contrast to the reception that Chinese Foreign Minister Wang offered to the top US official to visit China, Wendy R. Sherman in Tianjin. The US Deputy Secretary of State Sherman also visited the Asian country amid US-Chian tensions and held candid exchanges with Chinese officials to “advance US interests and values and to responsibly manage the relationship.”

READ | US, UK urge Taliban for peace; says 'no business in governance if violence not controlled'

While talking about Sherman’s meeting with the Chinese delegation, the US State Department spokesperson said that the US-China relationship in one word is ‘complex’ and in three terms it is “oriented around competition.” Speaking at a briefing, Price said, “She (Sherman) had an opportunity to explore all three of those areas in a conversation that was candid and expansive, one of those areas where there is at least the potential for some level of cooperation was Afghanistan.”

WE RECOMMEND
455 Taliban fighters dead, over 230 wounded in Afghanistan military operations
Canada's former minister slams Pakistan for helping Taliban amid crisis in Afghanistan
US aides Afghanistan military with finances & weapons as it goes all out against Taliban
Taliban claims to control 90% of Afghanistan borders; warns foreign troops to stay out
US women's volleyball likely down 2 starters for quarters