Ahead of key nuke talks in Vienna | US Slaps Fresh Sanctions On Iran, Alleges Supplying Lethal Drones To Insurgency Groups

The US Treasury Department imposed more sanctions on Iran on Friday, October 29, as President Joe Biden prepares for a crucial summit on Saturday. 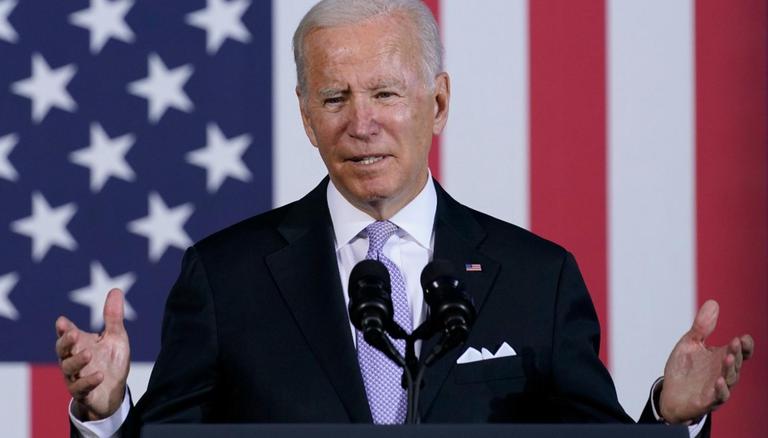 
The US Treasury Department imposed more sanctions on Iran on Friday, October 29, as President Joe Biden prepares for a crucial summit on Saturday with European leaders to discuss the possibility of restarting nuclear talks with the Islamic Republic. In a press release, the department announced fresh sanctions against two top members of Iran's Revolutionary Guard Corps and two linked firms for supplying insurgency groups in Iraq, Lebanon, Yemen, and Ethiopia with lethal drones and related material. Even though the penalties have nothing to do with Iran's nuclear programme, the Biden administration has stated that it wants to build on a potential accord to resurrect the dormant 2015 nuclear deal by including Iranian backing for such groups and limiting its ballistic missile development.

The US sanctions imposed on October 29 freeze any assets held by those targeted in U.S. jurisdictions, prohibit Americans from transacting with them, and, perhaps more importantly, subject foreign people and companies doing business with them to potential repercussions. According to Treasury, the two Revolutionary Guard Corps commanders targeted, Brigadier General Saeed Aghajani and Brigadier General Abdollah Mehrabi, are in charge of the Guard's drone activities, which include support for the unmanned aerial vehicle, or UAV, attacks by proxies on commercial vessels, Saudi oil facilities, and US and allied interests throughout the Middle East.

According to the US Treasury Department's statement, Deputy Secretary of the Treasury Wally Adeyemo, said, “Iran’s proliferation of UAVs across the region threatens international peace and stability. Iran and its proxy militants have used UAVs to attack U.S. forces, our partners, and international shipping, Treasury will continue to hold Iran accountable for its irresponsible and violent acts.”

The two companies, Kimia Part Sivan Company and Oje Parvaz Mado Nafar Company, as well as the latter's managing director, were sanctioned for supplying drone programmes with engines and technical help, according to the US Treasury Department.

Iran has yet to commit to a date for returning to the Vienna nuclear talks, but has indicated that it will do so next week, with a goal date of late November. The United States and others have expressed doubts about Iran's intentions, and Biden is scheduled to meet with the leaders of the United Kingdom, France, and Germany in Rome on Saturday, October 30 to discuss Iran strategy. The Vienna talks came to a halt in June, just before Iran's election, which elected hard-line President Ebrahim Raisi. The discussions, which do not directly involve the United States due to President Donald Trump's withdrawal from the nuclear deal in 2018, have stalled since then, despite both Washington and Tehran's claimed intents to return to compliance with the pact.