The spec ops team escorted hundreds of Afghan Special Forces troops and their families to Kabul airport as they began a raid into Kabul at nightfall. 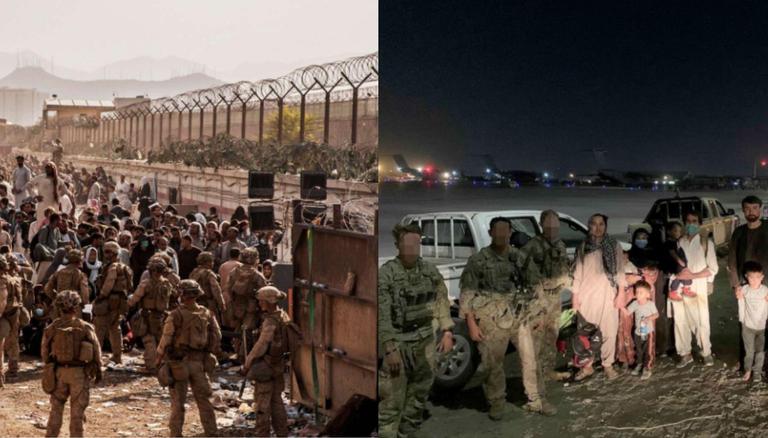 
In a daring mission as the Taliban laid siege over the critical checkpoints and entrances outside the Hamid Karzai International Airport, a US special operations vets group shepherded more than 630 vulnerable Afghans to in an undercover operation dubbed as the "Pineapple Express”. The secret mission was solely strategized and led by the American war veterans that formerly served as US Green Berets and SEAL Team members.

The spec ops team escorted hundreds of Afghan Special Forces troops and their families as they began a raid into Kabul at nightfall, late Wednesday. Special ops vets filled in those stranded about a plan of action that provided safe passage to the airport, where once they reached, they each had to identify themselves with the password “pineapple” or show a photo of pineapple on their smartphone so they would be taken on board the military aircraft.

"We can't leave them behind," a retired Marine, leading a rescue mission from California said in remarks to agencies.

‘My heart was in my throat’ a woman escapee from Kabul told the FT newspaper recalling an account of the mayhem at the Kabul airport, and in the manner in which she had to be rescued in a secret mission under cover of darkness. A secret call came long after dark at 11 pm on Thursday, said 37-year-old US citizen Shaqaiq Birashk, also a former Afghan refugee who was an adviser on a US-funded Afghan government project. 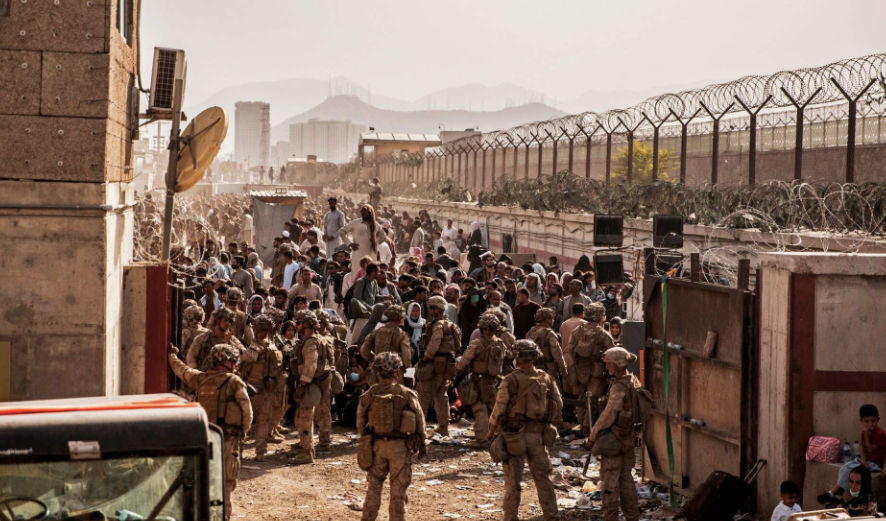 [US Marines provide assistance during an evacuation at the Hamid Karzai International Airport, in Kabul. Staff Sgt. Victor Mancilla/ AP]

An Afghan driver was dispatched to her location in downtown Kabul, and it was then she knew that the secret mission had begun. Taliban controlled key routes to the US-controlled Hamid Karzai International Airport, Birashk was victim to huge scrum unfolding as she described that her going to the airport, as requested by the US embassy in Kabul would be “equivalent to going through the death valley”, she said in a message to FT. Or she could have been killed by a stampede.

But the special ops vets mission ensured she was routed to the Afghan security forces, who handed her over to US special operators. She was met by a US commander, whom she described as “kind and appearing so helpful,” a member of the highly-trained US military veterans who secretly rescued hundreds of allied operatives. They were driven by deep frustration “that our own government didn’t do this,” a former Navy SEAL Jason Redman told ABC. “We did what we should do, as Americans,” he stressed in his statement to the broadcasting corp. 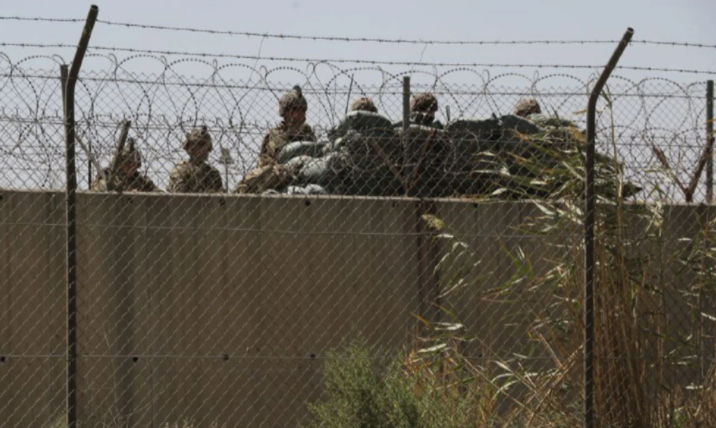 The special operations group was initially formed to rescue out the ex-Afghan commandos getting death threats from the Taliban for working with US special forces and elite SEAL Team Six, but the task force then resorted to helping the Afghan allies as they risked getting at least 630 discreetly through the dangerous ring of surveillance and checkpoint of the Taliban militia.

Green Beret Scott Mann said in his televised remarks, "We made a commitment to get them out.. I'm telling you if we don't, it will haunt us for a very, very long time." Enlisted SOF legends Jim Gant, ex-US Navy SEAL Jason Redman, former NAVY SEAL Commander Dan O’Shea reportedly "put aside anger aside" over the US' abrupt withdrawal from Afghanistan; and Kabul falling to the Taliban and instead  "focused on saving lives." 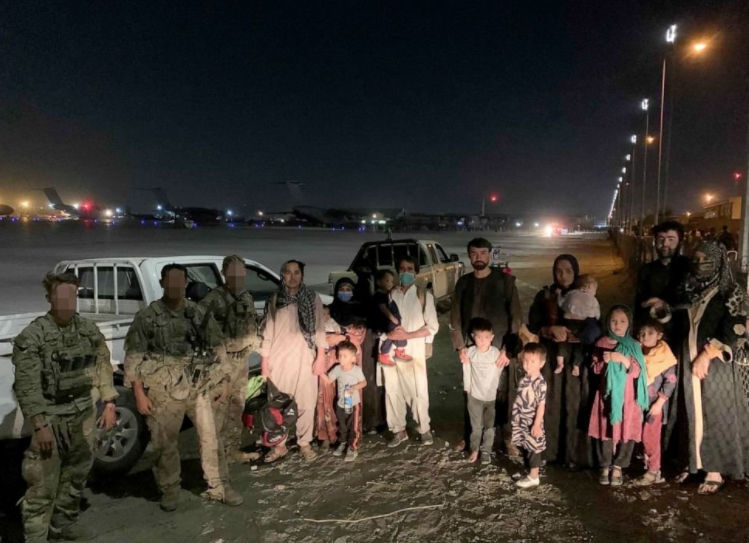 I join the Commandant in expressing my deepest condolences to the families of our fallen Marines and fellow service members. Though their loss was in great service to our Nation, I join every Marine and Sailor who vows to carry on their legacy and remember their sacrifice. https://t.co/yjIWp3X9uI

They reportedly “smuggled” allies into the airport in the middle of the night, risking their lives, and interestingly most of the special ops vets members had “never met each other in person,” former Green Beret Capt. Zac Lois told ABC. The tropical fruit was the password to freedom, it was assigned to the US military members deployed at Kabul airport working unofficially in tandem with the secret vets' group. 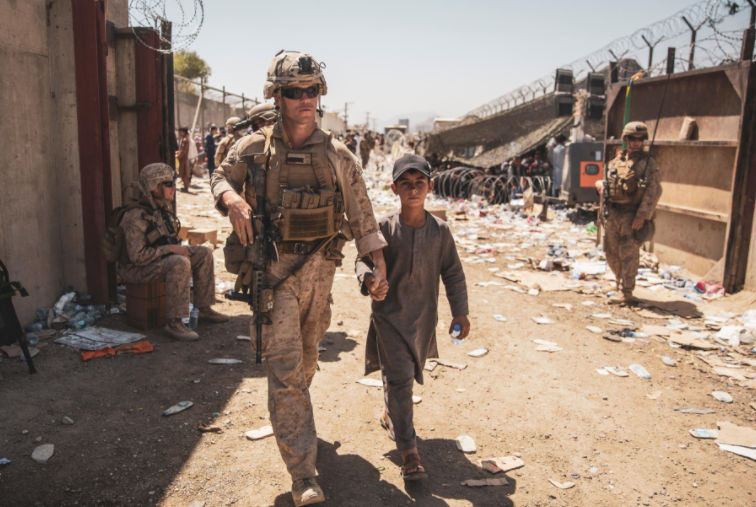 “I just want to get my people out,” Maj. Jim Gant, a retired Green Beret renowned as “Lawrence of Afghanistan” told the network, elaborating on the risky operation. “As a special forces guy, I was involved in some of the most incredible missions and operations,” Gant insisted, but never something so daring as this mission, he added. Pineapple community’s valour was greater than the commitment on the battlefield, he continued.

Another ex-Green Beret commander, Lt. Col. Scott Mann, told ABC that the operation pineapple has rescued out “dozens of high-risk individuals, families with small children, orphans, and pregnant women.” He extended indebtedness to the “unofficial heroes” inside the airfield, who he said, defied their orders to not help beyond the airport perimeter, by wading into sewage canals and pulling in these targeted people who were flashing pineapples on their phones from inside the wires of the US military-controlled side of Hamid Karzai International Airport.