Video of two sea lions which were spotted taking a ride on a boat in Eld Inlet, Washington has taken the internet by storm, garnering over half a million views.

A video of two sea lions spotted taking a ride on a boat in Eld Inlet, Washington is doing rounds of the internet. The clip shows the fully-grown sea lions lounging on an apparently empty boat. The video which was originally posted on Instagram has got over half a million views.

The video was captured by professional soccer player Josh Phillips who is the owner as well as the president of Spawn Fly Fish, a fishing equipment company based in Olympia. Phillips and his friend were taking a boat ride near the Evergreen State College on Tuesday afternoon when they spotted another boat anchored in the waters of Eld Inlet, at the southern end of Puget Sound. As they both approached the boat they saw something unusual. While talking to international media, he said that the boat looked a little off and as they got closer they realised that there were two massive animals on the boat.

Phillips who has frequent encounters with sea orcas and grey whales said that it was the first time he had seen something like these. In a longer version of the video that was later uploaded on YouTube, a third sea lion can be seen approaching the boat in an attempt to climb aboard but the pair turned it away. The caption of the Youtube video read, “Landon if you’re watching the video, I am sorry about the boat mate.” 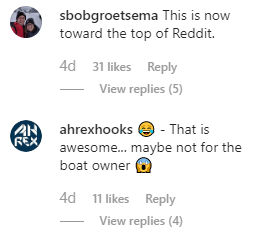 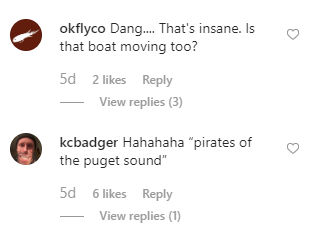 Read: Coast Guard Arrests 10 From 2 Boats Off Mumbai Coast With US Dollars, Drugs