Watch: Locals Walk On Washington's Frozen Reflecting Pool After Arctic Blast In US

US locals could be seen enjoying skating and walking over the frozen reflecting pool. Even children are playing over the pool however crimes are rising. 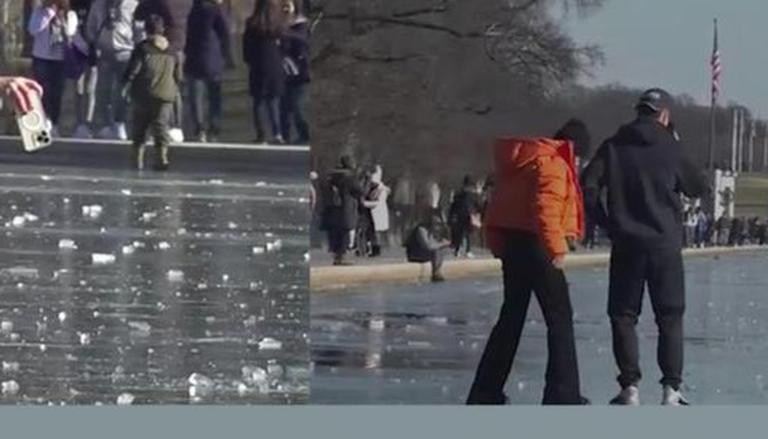 
US locals could be seen enjoying skating and walking over the frozen reflecting pool on the National Mall in Washington DC on Thursday 29, 2022. After the Arctic blast and cyclone bomb hit the US and Canada, a lot of people died, and travel has been banned along with the cancellation of flights.

Destruction due to Arctic blast

The people of North America were hit by a winter storm as the death toll in US blizzard incidents reached 62, according to BBC. According to the Associated Press, the blizzard has killed 28 people in Buffalo, New York, and has left thousands without power.

According to a state official in Buffalo, military police have been asked to assist in traffic management in the city, and driving remains prohibited in areas of Northern America where the US blizzard has struck. During this harsh winter storm, the rescue team has been checking every car that has become stuck in snowbanks for survivors. According to the New York official, they sometimes find bodies in the cars.

The Great Plains of the United States experienced a destructive snowstorm just hours after four tornadoes touched down in Oklahoma, Texas, and Louisiana. Several roads in Colorado's northeast were closed as a consequence of the massive winter storm.

As the snowstorm continues, trucks are lining up on the roads. The National Weather Service issued a winter storm watch from Wednesday night to Friday afternoon, warning people to be on the lookout for a significant mix of snow, ice, and sleet.