White House Press Secretary Jen Psaki on July 15 said that Facebook is not doing enough to stop the spread of false claims about COVID-19 and vaccines. 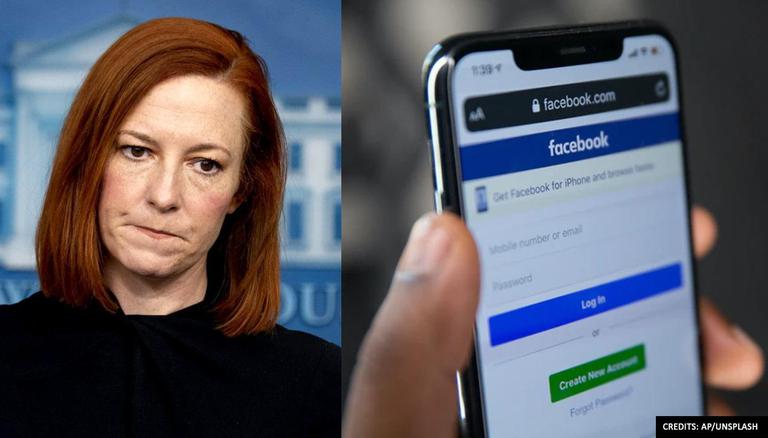 
White House Press Secretary Jen Psaki on July 15 said that Facebook is not doing enough to stop the spread of false claims about COVID-19 and vaccines. While speaking during a press briefing, Psaki noted that 12 people were responsible for almost 65 per cent of anti-vaccine misinformation on social media platforms. She said that Facebook, which also owns Instagram and WhatsApp, needs to work harder to remove inaccurate vaccine information from its platform.

Psaki: There’s about 12 people who are producing 65% of anti-vaccine misinformation on social media platforms. All of them remain active on Facebook despite some being banned on other platforms including ones that Facebook owns pic.twitter.com/GCyFPUOkqK

It is worth noting that Facebook has already partnered with government experts, health authorities and researchers to take “aggressive action against misinformation about COVID-19 and vaccines to protect public health. The social media platform has also introduced rules against making certain false claims about COVID-19 and its vaccines. However, researchers and lawmakers have long complained about the lax policing of content on its site.

Misinformation is a ‘serious threat’

US Surgeon General Vivek Murthy also raised the alarm over the growing wave of misinformation about COVID-19 and related vaccines. According to National Public Radio, Murthy said that the misinformation is making it harder to fight the pandemic and save lives. “American lives are at risk,” he said in a statement. In his first advisory as the nation’s top doctor under President Joe Biden, Murthy even called on tech companies to tweak their algorithms to further demote false information and share more data with researchers and the government to help teachers, healthcare workers and the media fight misinformation.