Who Is Bill Gates' Girlfriend Ann Winblad Whom He Was Allowed To Meet Once A Year?

Bill Gates' ex-girlfriend is wife of San Francisco investigator Edward Alex Klein, who is also an owner of the ‘Alex Kline Investigation and Research Service’. 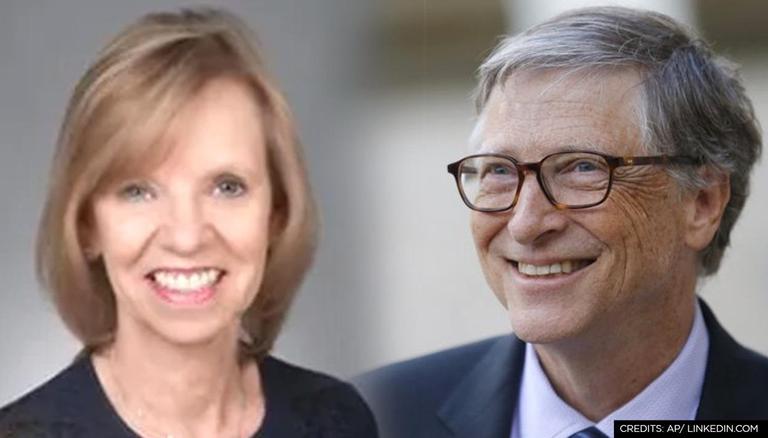 
Bill Gates and Melinda Gates announced their divorce on May 3. Reports emerged that the Microsoft co-founder Bill Gates had taken long getaways every year with his ex-girlfriend  Ann Winblad as a part of the deal when he married Melinda French in 1994. Ann Winblad is the wife of a private San Francisco investigator Edward Alex Klein, who is also an owner of the ‘Alex Kline Investigation and Research Service’ that probes cases around crime, fraud, and civil rights, a source told The Post.

Winblad is a software entrepreneur and a capitalist with whom, Gates reportedly spent long weekends at a cozy beach cottage in North Carolina, US. That arrangement came with his marriage, the Microsoft co-founder told Time magazine in a 1997 profile. Married to the American actor Kevin Kline’s detective brother, Winblad had also given Bill Gates approval for proposing to his wife.

Gates called his relationship with the tech entrepreneur Winblad as two individuals that can play putt-putt while discussing biotechnology. He also said that while he was confused about marrying Melinda, he had called “Ann” and asked for her suggestion and approval for the wedding. As Bill and Melinda Gates’ announced that they were splitting after 27 years of marriage, some have been speculating as to what happened between the couple. The then youngest billionaire’s 1997 Time magazine article published on May 4 blared a headline “arrangement’.

READ | Bill Gates and Melinda announce divorce: How over $130B worth of asset will be divided?

“Every spring, as they have for more than a decade, Gates spends a long weekend with Winblad at her beach cottage on the Outer Banks of North Carolina, where they ride dune buggies, hang-glide and walk on the beach,” read the piece.

The profile quoted Winblad as saying that her annual getaway with Gates was about sharing thoughts, and views about the world and themselves. She explained that the two discussed the marvel of being the two young overachievers, who began a great adventure on the fringes of a little-known industry. She goes on to add, that it landed the two at the center of an “amazing universe.” Winblad is a software entrepreneur and venture capitalist who’s five years older than Bill Gates. She had called Gates’ then potential match as “good for him” because she had intellectual stamina.

Developer who invested largely in several companies and startups, Ann Winblad holds nearly 40 years of experience in the tech industry, as some argue that she had been a major contributor to the development of Silicon Valley. Winblad had been the girlfriend to Bill Gates, and the two remained friends after their relationship ended. Newsweek published in 1997 that the two shared an extremely strong bond and Gates had made his wife Malinda sign a prenup that guaranteed that Gates could spend time with his former lover.  The Minnesota-born is the oldest of six siblings and holds a major in Mathematics and Economics. “Software is changing the infrastructure of commerce, data is oil,” the former had described at a private venture capitalist event when she founded her own startup Open Systems Inc. at the age of 26.

WE RECOMMEND
Bill Gates says no to sharing COVID vaccine formulas with developing nations
Teachers day quotes to share with teachers and friends on occasion of Teachers Day USA
Bill Gates and Melinda announce divorce: How over $130B worth of asset will be divided?
Biden's sweeping changes to tax law will impact millionaires like Bill Gates, Jeff Bezos
Bill Gates 'betting on total collapse of Bitcoin' as cryptocurrency slumps: Analysts