A woman from Oklahama gave birth to her baby 14 months after her husband’s death. The couple had finished the fertilisation process before her husband's death. 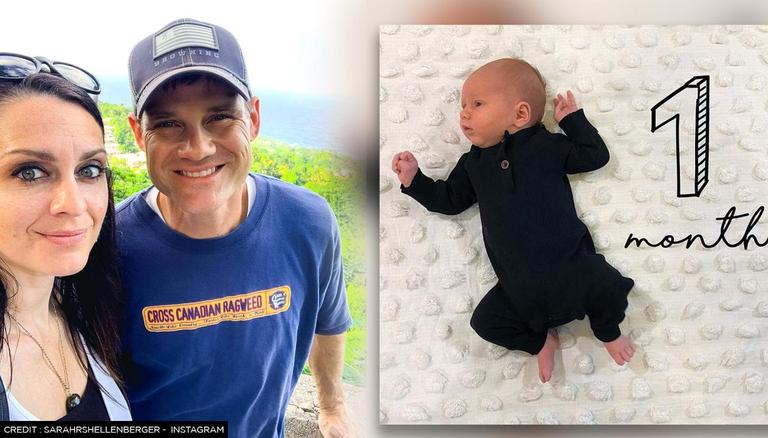 
A woman from Oklahoma reportedly gave birth to her late husband's baby 14 months after his death. Sarah Shellenberger, a 40-year-old woman describes her son as her "good medicine" after she lost her husband Scott in February 2020, as per a report by Mirror. Shellenberger revealed that she has conceived her baby using frozen embryos.

Sarah and Scott had finished the process of embryo fertilisation when her husband suffered a cardiac arrest while delivering a college lecture. After his death, Sarah knew her husband wanted her to conceive and in August Sarah went to Barbados for the embryo transfer and a week later, she found out she was pregnant. She gave birth to her son Hayes on May 3 in the presence of her mother. Sarah has shared several posts of her husband and her baby on Instagram. In her mother's day post on Instagram, she describes her son as a gift from God. In the caption, she mentioned, "He is truly a gift from God and is so worth every single day of longing and hurt and every shot and pill and exam and procedure."

Sarah and Scott met while studying at Southern Nazarene University and got married in September 2018. They both wanted to have at least three children but they struggled to conceive. After trying for a long time, their doctors had advised them to opt for IVF. Due to the high cost of IVF in the US, the couple went to the Barbados Fertility Center for egg retrieval and the first retrieval happened in 2019. They found out before Christmas that they were expecting a boy. But, before the birth of her son, her husband passed away. Sarah and her husband had completed paperwork before starting the embryo process. It included what would happen to the embryos if a spouse passed away.