KTS Tulsi, while talking about his party’s involvement in Delhi assembly polls made shocking statements over the projected defeat for Congress in exit polls.

Congress leader and Rajya Sabha MP KTS Tulsi, while talking about his party’s involvement in the Delhi assembly elections made shocking statements over the projected defeat for Congress in exit polls. With all the exit polls predicting nearly 0 to 4 seats for Congress, KTS Tulsi stated that his party had made a sacrifice. He said that Congress did not campaign in the elections aggressively so that AAP could return to power in the national capital.

Justifying Congress party’s lack of an aggressive campaign in Delhi, the senior Congress leader said, “Congress seems to have made a sacrifice for preventing the splitting up of votes which would have resulted in a victory for BJP. If Congress had also equally applied force in the campaign process, it would have resulted in BJP winning.” Further targeting the BJP, he added, "I think it is a good lesson for the BJP. Those doing politics of hatred seems to have been rebuffed. It was important for this message to go."

According to Republic- Jan Ki Baat Exit Poll, the 70-seat Delhi Assembly which finished polling on Saturday - February 8 - is projected to be won by AAP. As voting drew to an end at 6 pm, 62.59% of votes had been polled in the National Capital. A party will need at least 36 seats to stake a claim to power in the 70-strong Delhi Legislative Assembly.

A number of other agencies have also put out their exit poll numbers. The cumulative poll of exit polls also projects an AAP victory. However, AAP is expected to come back with a significantly reduced seat-share as compared to 2015 when the party won a colossal 67 seats. 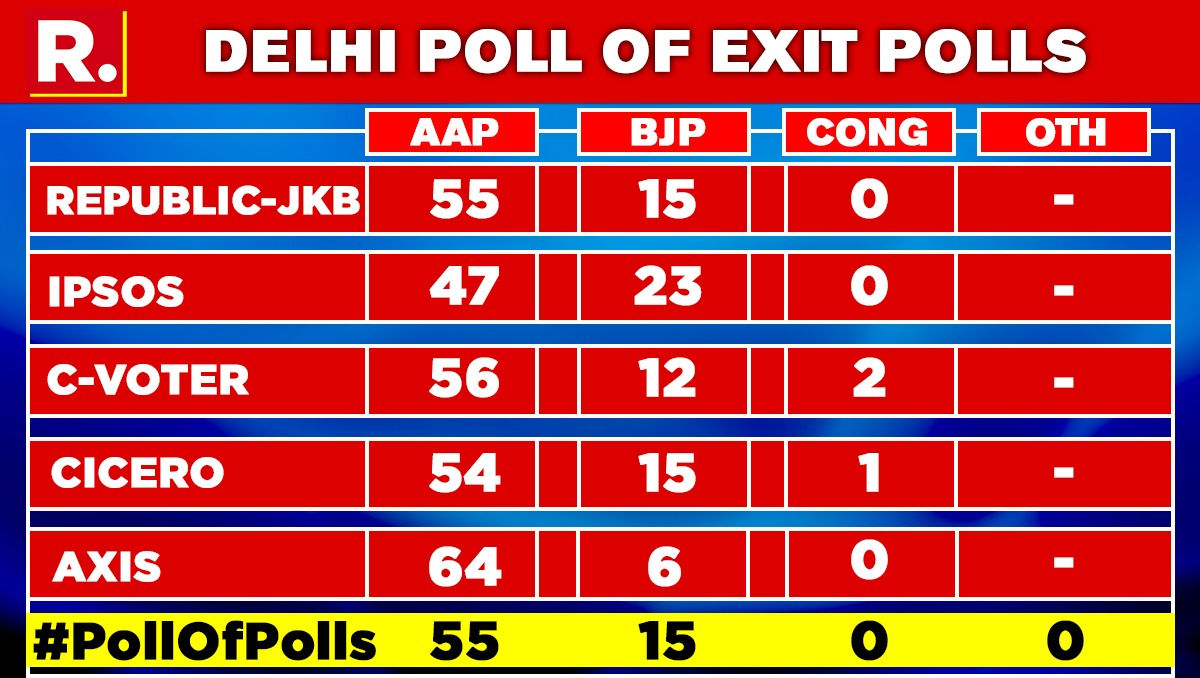