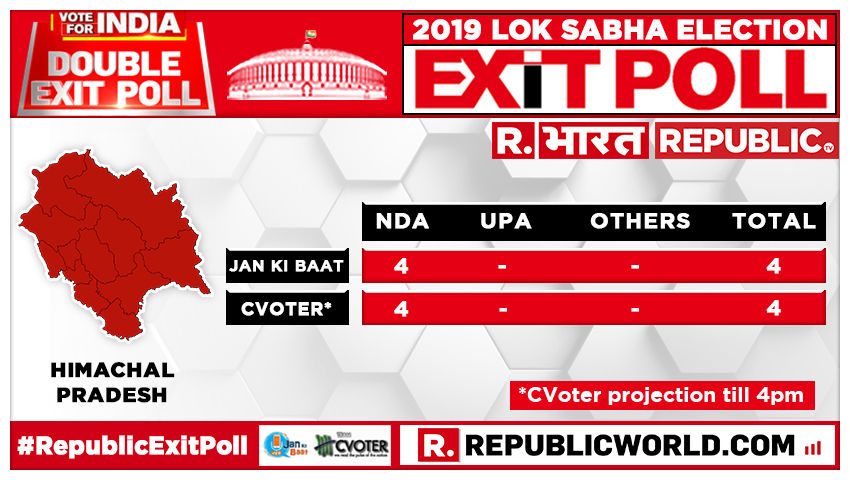 Though having only four seats namely Shamla, Mandi Kangra and Hamirpur, the hill state witnessed a tense battle in the Lok Sabha elections that took place in the last phase on May 19. A BJP bastion, the state has seen a bipolar contest in its history, with the two national parties Congress and BJP in a direct fight with each other.

For the first time, Congress' six-time chief minister and five-time parliamentarian Vidarbha Singh and BJP's two time chief minister Prem Kumar Dhumal is out of the poll fray. Though the BJP has been making inroads in the state since 1951, till 1977 Congress won all the seats here. In 2014, the state was influenced by the Modi wave and voted for the saffron party. But this year there have been waves of anti-incumbency against the party due to the increased import duty on apples. This election in the state a test for the BJP that is in centre versus severe infighting within the Congress.

The key contest in the state is in Hamirpur which will be a litmus-test for BJP's three times young MP and former state president of the party Anurag Thakur who is facing stiff competition from the Congress to wrest his party's bastion - the Hamirpur Lok Sabha constituency. The Congress which has won this seat only once in the past 30years, has pitted former athlete and five-time legislator Ram Lal Thakur against former BCCI chief Anurag Thakur. 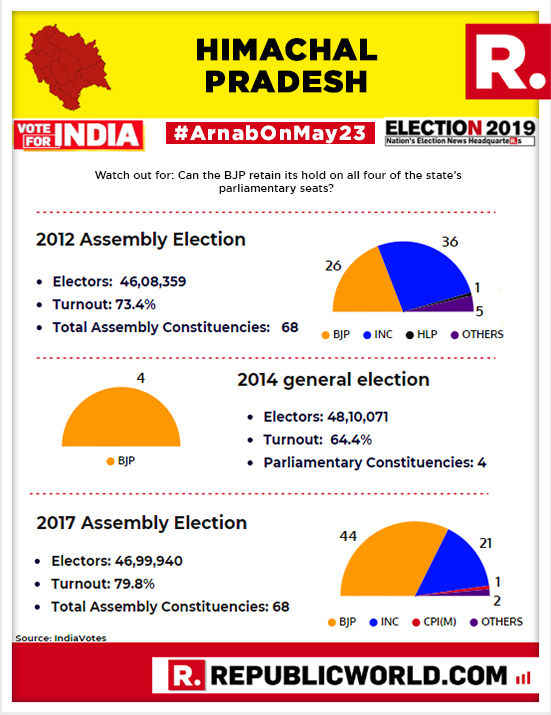