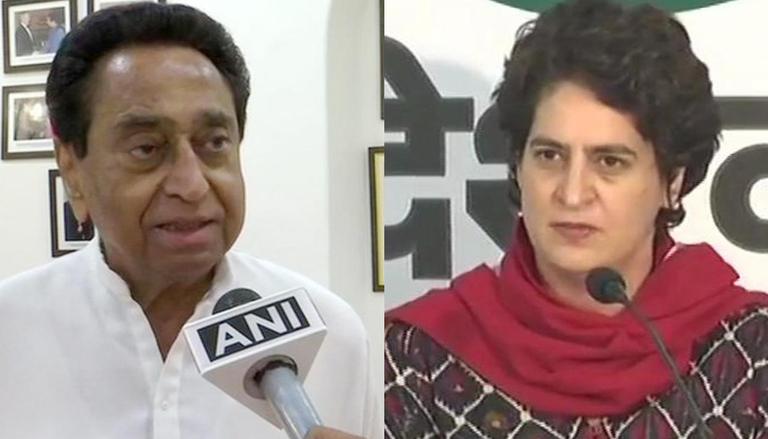 
Showering confidence over the party's general secretary Priyanka Gandhi Vadra, Congress leader Kamal Nath on Monday said Uttar Pradesh election results will be very surprising due to her stellar campaigning and the anger of the people there towards the BJP government. The former Chief Minister of Madhya Pradesh also added that the 'Ladki Hoon Lad Sakti Hoon' campaign launched by Priyanka Gandhi has filled the people of every religion and caste with new vigour. The polls for the 403-member legislative assembly will be held in seven phases from February 10 to March 7.

"I have visited UP recently and was associated with the state right from my Youth Congress days. The people are angry with the ruling party. The efforts of Priyanka Gandhi will bring a lot of change. The polls results in UP will be surprising not just for the Congress but the entire state," he added.

Kamal Nath's jibe at BJP ahead of UP Polls

Taking a fresh jibe at the state's ruling party, the Congress leader added that elections are not won by advertisements and claimed that 95 per cent of voters are connected to social media and are well-informed.

Speaking on the UP Congress model of giving 40 per cent tickets to women, Nath asserted, "I am always in favour of encouraging women in politics and other fields". Further opining on the COVID-19 situation in the state, Nath reiterated his stand that 2.5 lakh people had died of the infection, claiming that his figures were tabulated from cremation grounds etc and not from the party.

UP Elections 2022: Dates and timings of voting

'Votes will cast votes from 8 AM to 6 PM on the date of polling', Chief Election Commissioner Sushil Chandra has announced on upcoming Uttar Pradesh elections. The CEC has informed that the 403-member legislative assembly will be held in seven phases from February 10 to March 7. A total of 21,40,278 voters' names of different categories have been deleted during this revision. Out of these, 10,00,050 names were deleted under the deceased category, 3,32,905 under the shifted category, and 7,94,029 under the repeated category, the CEO said.