After a criminal complaint was filed against actor Deepika Padukone and the producers of the upcoming film '83', the makers have issued a clarification. 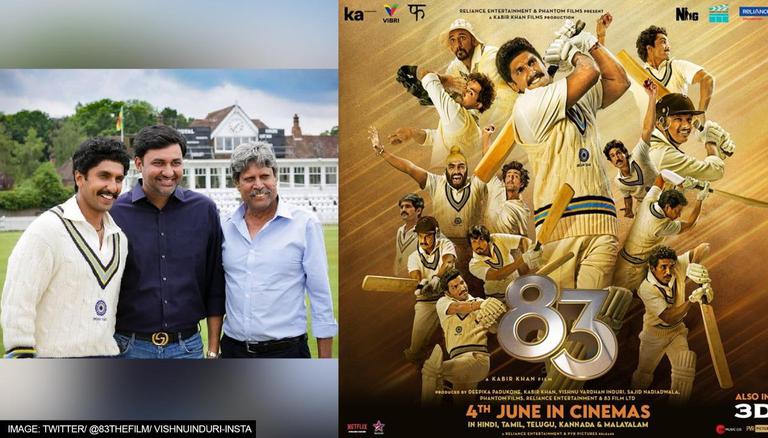 
After a criminal complaint was filed against actor Deepika Padukone and the producers of the upcoming film 83, the makers have issued a clarification on the same. The complaint was filed by a UAE-based financier who had approached Andheri Metropolitan Magistrate Court on the 'grounds of cheating and criminal conspiracy.’ Now, a spokesperson of Vishnu Induri (of Vibri Media) has issued a statement on the same and called the complaint ‘false, baseless and motivated.’

Earlier, while speaking to Republic Media Network, Advocate Rizwan Siddiquee, who is representing the UAE-based firm, mentioned that his client initiated 'strict legal proceedings' as the producers of 83 did not resolve the matter 'amicably'. He said- "It is true that my client has filed a criminal complaint against all the Producers of the film 83 on the grounds of cheating and criminal conspiracy. My client had no other option but to initiate strict legal proceedings, as the producers did not seem interested in resolving the dispute amicably, despite full knowledge of my client's rights. The matter would now be taken up by respective Courts."

However, now, after days of complaint against the makers,  Vishnu Induri‘s spokesperson has offered clarification on the legal hassle around the upcoming film 83. The spokesperson said, “In the wake of the ongoing reports of a legal case filed against the makers of the upcoming film 83, on behalf of Vibri Media, we would like to deny the claims of the complainant and clarify the makers of 83 are in no way concerned with the case.

Towards the end of the statement, the spokesperson added that such kind of gimmicks before the release of the much-awaited film constitutes ‘contempt of court.’ “This action of the complainant prior to the release of the film is motivated, a publicity gimmick and constitutes contempt of court for which Vibri Media Pvt Ltd is availing its legal remedies against the Complainant. The film 83 and the producers are in no way concerned with this and they reserve their right to initiate appropriate action against Future Resources FZE”, the statement concluded.

WE RECOMMEND
Netizens groove to 'Bigadne de'- the latest track from Ranveer Singh starrer '83'
Cricket experts try to decode Kapil Dev's strategy in '83' trailer; 'There, There & There'
'83': Ranveer Singh drops first teaser of cricket-saga; trailer to be out soon; Watch
'83 New Poster: Ranveer Singh shares his uncanny resemblance to Kapil Dev
'Lehra Do' song teaser: Ranveer Singh fights all odds to 'keep tricolour flying high'
Listen to the latest songs, only on JioSaavn.com