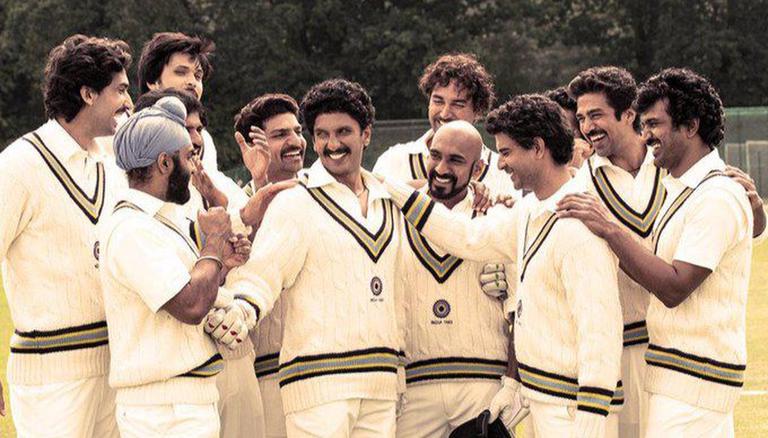 
83 seems to be creating a massive impact among its audiences. While the opinions of audiences have started to come in as the film released on Friday and will be clearer over the next few days, celebrities seem to be completely bowled over with Ranveer Singh starrer. The adaptation of the 1983 World Cup victory had earlier left the stars of Bollywood like Alia Bhatt and Ayushmann Khurrana completed overwhelmed.

More reviews are coming in, and the verdict seems unanimous, that the film is a winner. Vivek Oberoi, Adnan Sami, Simi Garewal, Dina Penty, Atul Kasbekar, Tahira Kashyap Khurrana were the latest to rave about the venture on social media.

Vivek Oberoi wrote to Ranveer Singh that he was 'clean bowled' by his performance. The actor said that it was Ranveer's best performance to date and that he had 'truly lived the role of legendary Kapil Dev.' He said words fell short of expressing the emotions felt through the film. Adnan Sami wrote that one should not have second thoughts at all in going forward and watching the film. The singer-music composer said that the experience of watching the historic triumph was to be felt in the theatres, and called the performances as 'incredible', while also crediting the director, Kabir Khan, for hitting it 'out of the park.' 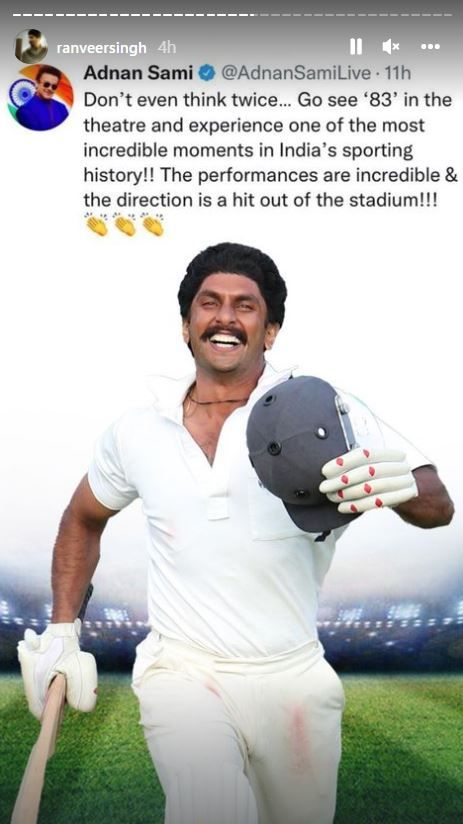 Atul Kasbekar was 'staggered' by the attention to detail by the makers. The producer shared how even the characters playing the West Indian characters like Michael Holding, Malcolm Marshall and Vivian Richards looked close to their real avatars. Diana Penty felt an array of emotions, laughter, tears, and a feeling of pride. The actor called Ranveer Singh 'incredible' and congratulated Kabir and the others for their 'team effort.' 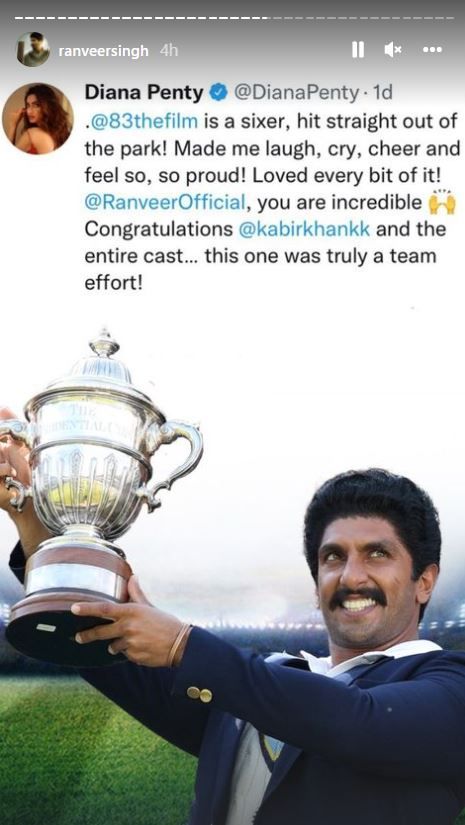 Rahul Dev termed the film as a 'cinematic marvel' and thanked Kabir for the 'gem'. Sharing that he relived the memories of the World Cup, the actor said that Ranveer looked exactly like Kapil Dev, while also praising the performances of the others and the casting by Mukesh Chhabra. 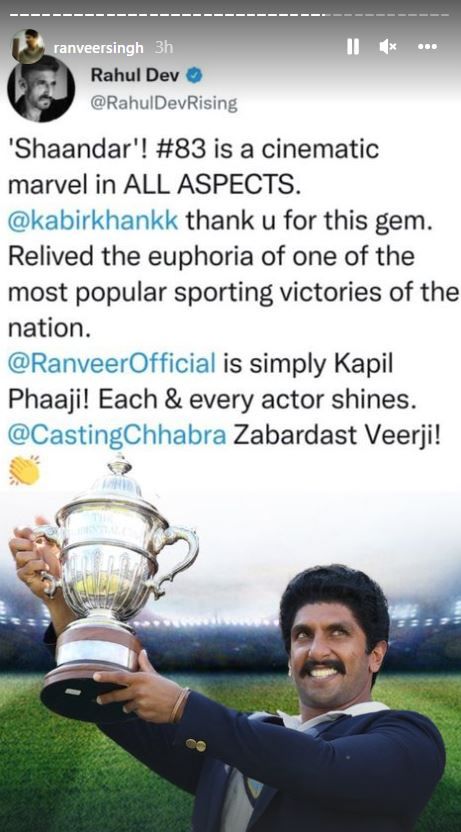 Simi Garewal shared that it was perhaps the 'greatest film experience since forever'. The veteran actor said that one would 'clap, scream and rejoice' and feel pride about the visuals on-screen while giving a thumbs up to Ranveer, Kapil and Kabir. 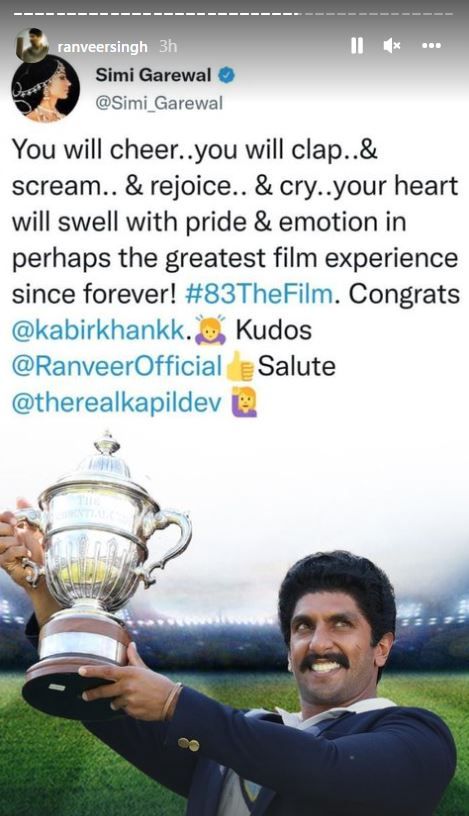 Tahira Kashyap wrote that the historic victory was recreated in the 'most beautiful and heartwarming manner.' She added that Ranveer was 'phenomenal' and a 'treat to watch' for his 'remarkable' portrayal of Kapil Dev. 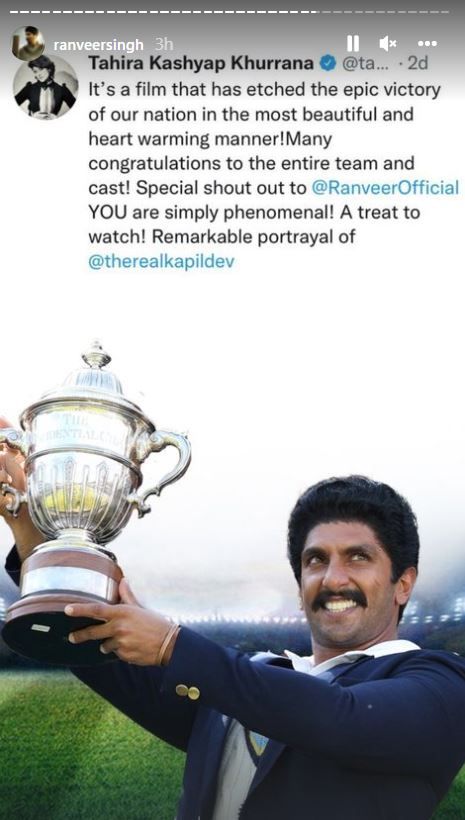