After 21 years, Aamir Khan met up with the team and cast of the 2001 film Lagaan which went on to receive an Oscar nod for Best Foreign Language Film. 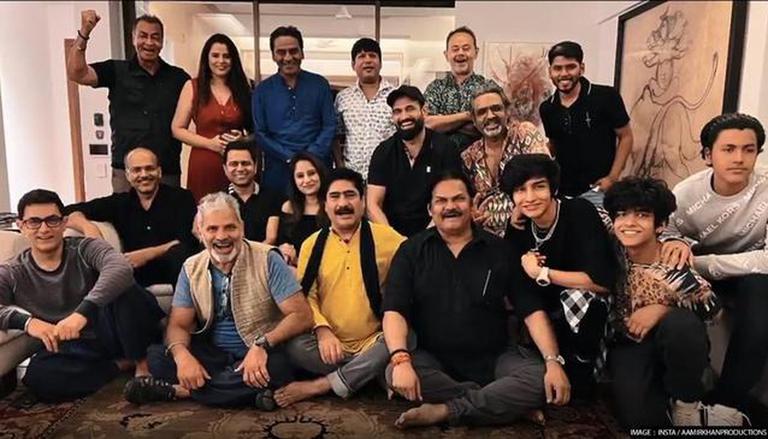 
21 years ago, seasoned Bollywood actor Aamir Khan launched his company, Aamir Khan Production, and hit a sixer with its maiden venture, Lagaan. Becoming the third Indian film to be nominated for an Academy Award in the category of Best Foreign Language Film, Lagaan scripted history in 2001.

On June 15, 2022, the team decided to reunite and relive the glorious moments at the 57-year-old actor's residence. Take a look at how the Lagaan team and cast celebrated 21 years of the Ashutosh Gowariker directorial drama film.

The team were seen embracing each other and chatting together. Former Indian Cricketer Irfan Pathan also marked his presence at the party and also left a comment under the post by writing, ''What a lovely evening'.'

READ | Aamir Khan to encourage youngsters; goes back to Haryana after 'Dangal'

On the occasion of Lagaan's 21st anniversary, director Ashutosh Gowariker shared throwback pictures from the sets under the caption, ''Extremely humbled by the love that LAGAAN receives continuously from everyone especially across Social Media! I take the opportunity in this 21st Year Of Lagaan to once again thank Aamir and the amazing Cast & Crew, that is responsible for all this LOVE!''.

Lagaan to be adapted into Broadway show

As per ANI, Lagaan is set to be adapted into a Broadway show in the UK after a source revealed that several top producers were requesting rights for the venture.''Several leading producers from the UK have requested for the rights from Aamir Khan Productions and a final decision will be made soon regarding the West End Theatre,'' the sources stated.

''Aamir Khan's team is yet to make a final decision about it. The makers have different plans which include doing a worldwide tour of the show that will feature a completely original cast,'' the source further revealed.

READ | Aamir Khan to reunite with 'Lagaan's team at his residence to celebrate 21 years of movie
READ | 'Lagaan': Aamir Khan-starrer to be adapted as Broadway show in UK: Report