Kartik Aaryan and Kiara Advani are basking in the success of 'Bhool Bhulaiyaa 2', which released on May 20, 2022, and has made waves at the box office. 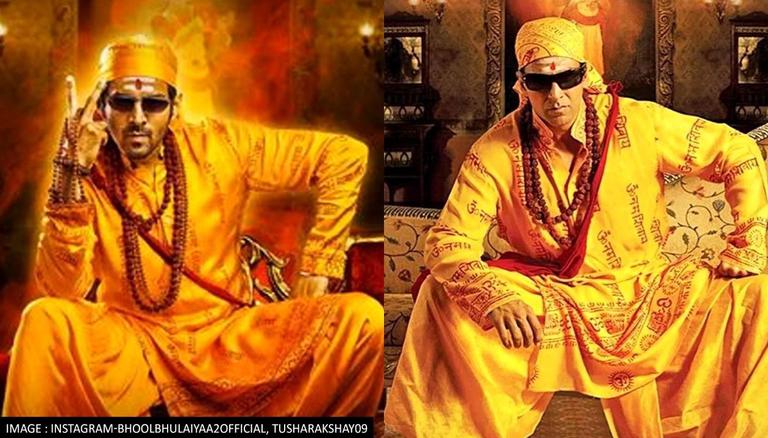 
Kartik Aaryan and Kiara Advani are currently basking in the success of their film Bhool Bhulaiyaa 2, which released on May 20, 2022, and has made waves at the box office. The film was the second instalment of the 2007 film Bhool Bhulaiyaa, in which Akshay Kumar and Vidya Balan were seen taking on the lead roles. In a recent interview with Bollywood Hungama, the Sooryavanshi actor revealed that he has not watched the recently released Kartik Aaryan-starrer yet but has an idea about its plot.

Speaking to the publication, Akshay Kumar revealed that he has not yet watched Kartik Aaryan's latest film, Bhool Bhulaiyaa 2, which is the second instalment of his 2007 film. However, he mentioned that he is aware of the story of the film and that he would watch it soon. Translated in English, he told Bollywood Hungama, "I have not seen the film. But yes, I do know the story about it, and I am going to watch it soon." The actor is currently gearing up for his film Prithviraj, which is scheduled to hit the big screens on June 3, 2022.

After premiering on May 20, the Kartik Aaryan and Kiara Advani starrer has been soaring at the box office. The film received a massive opening, which became Kartik Aaryan's highest opening film of his career. The actor's earlier films including Pyaar Ka Punchnama 2 earned ₹ 6.80 cr, while Love Aaj Kal earned ₹ 12.40 cr on its first day on the big screen. However, Bhool Bhulaiyaa 2 broke all records for the leading star, as it earned a whopping sum of ₹ 14.11 cr on day one.

The film also topped the list of highest opening numbers in Bollywood this year. The film overtook Akshay Kumar's Bachchhan Paandey and the Alia Bhatt-starrer Gangubai Kathiawadi, to become 2022's highest opening film at the box office in Bollywood. The film has been hailed by the audience and critics alike and was directed by Anees Bazmee.