Akshay Kumar is all set to collaborate with ace-filmmaker Rohit Shetty alongside Katrina Kaif for Sooryavanshi and the team recently wrapped up the shooting.

Akshay Kumar is all set to collaborate with ace-filmmaker Rohit Shetty alongside Katrina Kaif for Sooryavanshi. While the team has wrapped up shooting for the film, seems like they are reshooting a few scenes in Mumbai. In the pictures that have surfaced on the internet, the actor can be seen donning a police officer's uniform while speaking to a person sitting inside a four-wheeler. And, while fans and netizens are quite excited to see the actor in the vicinity, a lot of them were irked as they had to be stuck in a traffic jam for a very long time near the sea link area. As per tweets posted by social media users on the streets of Mumbai, many raised their voices against unnecessary traffic.

READ: Akshay Kumar Reveals How He Was The First To Know Of Kareena Kapoor-Saif Ali Khan Affair 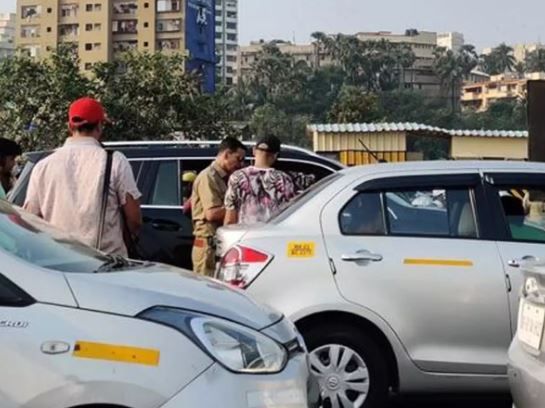 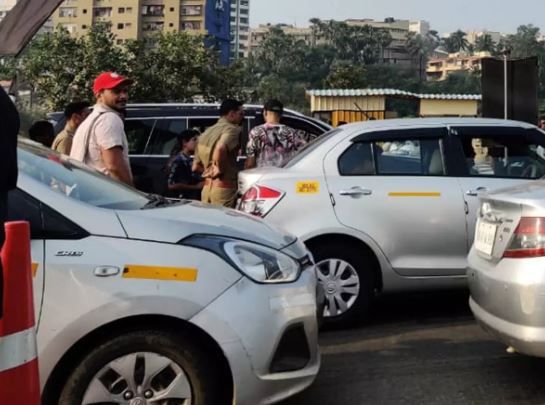 Sooryavanshi will feature Akshay in the prominent role, while Katrina Kaif will play his lady love on the silver screen. The film is scheduled to hit the screens on March 27, 2020. On the professional front, Akshay Kumar will soon hit the silver screen with his Good Newwz that is slated to release on December 27, 2019. The movie will also feature Kareena Kapoor Khan, Diljit Dosanjh and Kiara Advani as the main leads. He will also star in Raghava Lawrence's Laxmmi Bomb, Farhad Samji's Bachchan Pandey and the much-hyped 'roller coaster spy ride' Bell Bottom among others scheduled for the upcoming years.

READ: I've Come Out Of All Kinds Of Tags, Don't Want Them Anymore: Akshay Kumar

The actor will be next seen in Good Newwz. The Raj Mehta-directed comedy also features Kareena Kapoor Khan, Kiara Advani and Diljit Dosanjh. Akshay feels fortunate to have done two different branches of comedy within the same year -- Housefull 4 and Good Newwz. "I am happy that I get to visit different branches of comedy. Housefull was a slapstick comedy, no matter what people say, that it's senseless, but there is an audience for that also. Slapstick comedy is the most difficult kind of comedy.