Alia Bhatt & Varun Dhawan recently got nostalgic on the occasion of holi as their rom-com Badrinath Ki Dulhania completed three years since its release.

Bollywood actors Alia Bhatt and Varun Dhawan have become one of the most popular on-screen jodis. In seven years, the duo has shared the screen space in four films. Recently, one of their collaborated projects, Badrinath Ki Dulhania, completed three years. Alia Bhatt and Varun Dhawan got hit by nostalgia as they shared the glimpses of Badrinath Ki Dulhania in their Instagram story.

Interestingly, to wish her fans a Happy Holi, Alia Bhatt shared a short video clip from her dancing number Badri Ki Dulhania. She also mentioned that the film has turned 3 with a hashtag #3yearsofbkd. In the video, Alia and Varun are seen throwing Holi colours at each other. 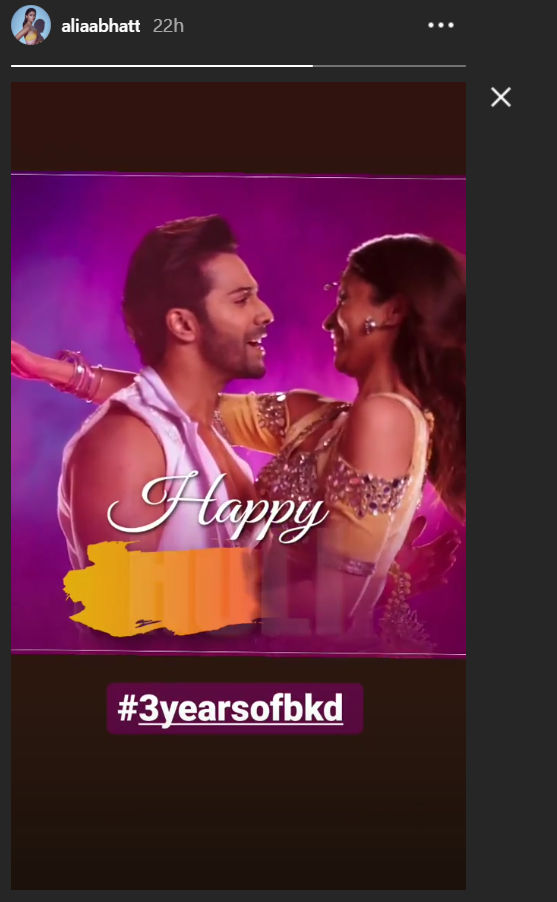 On the other side, Varun Dhawan also expressed his happiness on his Instagram story. Varun shared the boomerang video of his entry in the song Badri Ki Dulhania. It also read 'FILMY SHILMY'.

Take a look below. 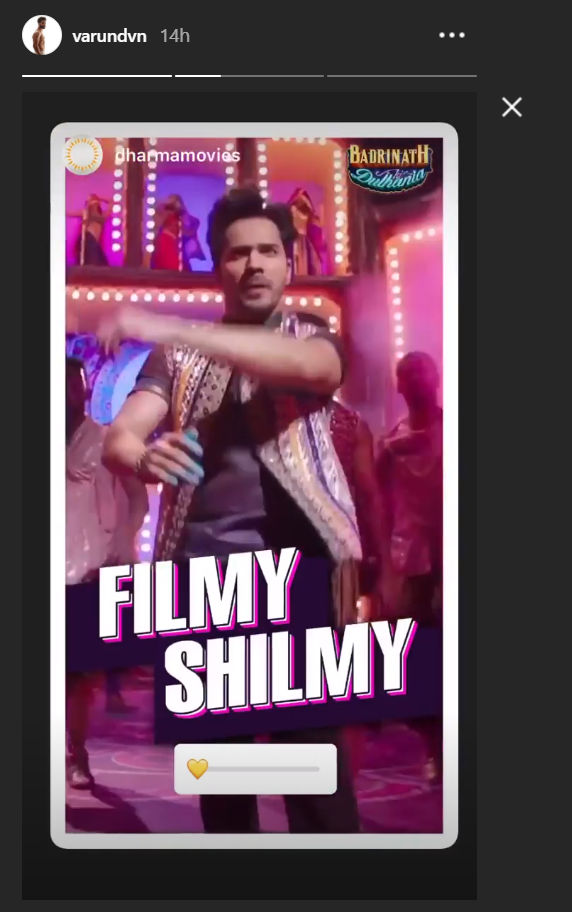 For the unversed, Badrinath Ki Dulhania is the third project of the Student Of The Year actors. The film released in 2017 is about a small-town boy who falls in love with a girl, who is aspiring to become an air hostess. The film was directed by Shashank Khaitan under the production banner of Karan Johar's Dharma Productions. The film was one of the highest grosser of the year.

On the work front, Alia Bhatt, who was last seen in Kalank, is gearing up for her multiple upcoming releases including Ayan Mukerji's Brahmastra and Sanjay Leela Bhansali's Gangubai Kathiawadi. Meanwhile, Varun Dhawan, who was last seen in Street Dancer 3D along with Shraddha Kapoor, will soon share the screen space with Sara Ali Khan in David Dhawan's Coolie No 1. Apart from this, he will also collaborate with Shashank Khaitan for a January 2021 release Mr Lele.