Amitabh Bachchan used quirky 'muhavra' on his birthday to talk about his age. Ranveer Singh called him a 'gangster', while other celebs also posted comments 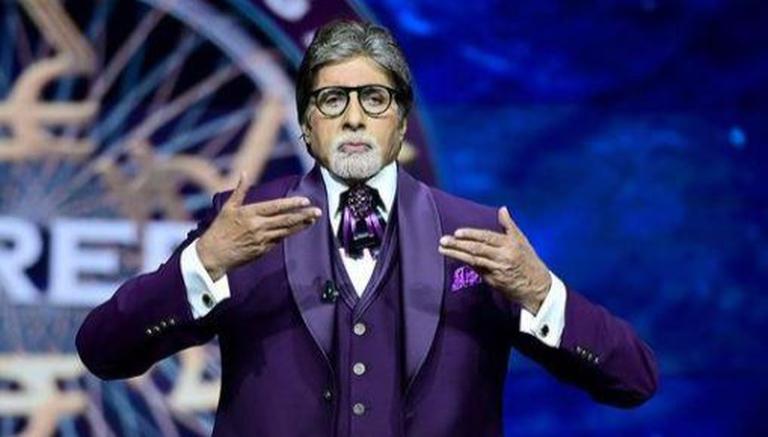 
Amitabh Bachchan had a quirky reaction as he celebrated his birthday on Monday. The megastar came up with some fun-filled proverbs of his own to underline his increasing age.

The Shahenshah is turning 79, and highlighted that he was walking 'into the 80th.' There were interesting reactions from celebrities too.

Big B posted a snap where he was seen walking at an airport to mark his 79th. He shared two rhyming proverbs along with the photo, one 'jab saatha tab paatha' which referred to the one being 'young' when touching the age of 60. The other proverb he used was 'jab assi tab lassi', which he seemed to hint on going strong at the age of 80.

On the Instagram post which was without the mention of the proverbs, Ranveer Singh seemed impressed by Bachchan's look and commented, 'gangster[sic].'  Big B's daughter Shweta Bachchan, however, seemed to suggest that 80 was still away, as she stressed that it was his 79th. As granddaughter Navya Naveli Nanda gave a shoutout, Bhumi Pednekar and Aahana Kumra commented 'swag' and 'maha nayak (great artist)'. 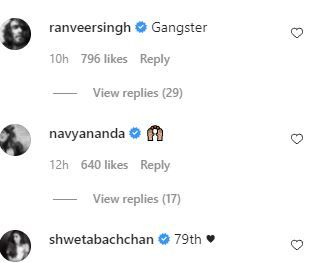 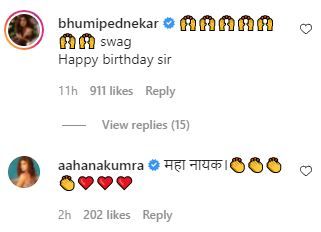 On the special occasion, the National Award winner stepped out to greet the fans who arrived at his Juhu bungalow. He used to give a weekly 'darshan' to his fans on Sunday at the venue before the COVID-19 pandemic. Big B's son Abhishek, daughter-in-law Aishwarya Rai Bachchan and granddaughter Aaradhya Bachchan too were clicked at the airport earlier in the day. They seemed to have returned just in time for the birthday after their recent visit to Paris and Dubai.

READ | Amitabh Bachchan shares dilemma behind an endorsement deal; says 'blame would come on me'

Amitabh Bachchan on the professional front

Amitabh Bachchan is currently hosting Kaun Banega Crorepati. He last featured in the movie Chehre, a thriller directed by Rumy Jafry, which also starred Emraan Hashmi. He has multiple films in his kitty. This includes Jhund, a film ready for release. He is working on Mayday, alongside Ajay Devgn, Brahmastra with Ranbir Kapoor and Alia Bhatt, Oonchai alongside Anupam Kher, Parineeti Chopra, Boman Irani, among others, a film with Prabhas and Deepika Padukone.