Rumoured couple Ananya Panday and Ishaan Khatter are in the beautiful Maldives and are updating their fans with stunning pictures from their vacation. The couple though didn't post a picture together but shared the same moments from their New Years' holiday.

"2020 - thank you for the lessons and the love! Loaded with gratitude, love, positivity and peace. wishing good health, happiness and good vibes to everybody. bring it on 2021," Ananya wrote.

The two actors were spotted at the airport before leaving for the Maldives to ring in the New Year together. 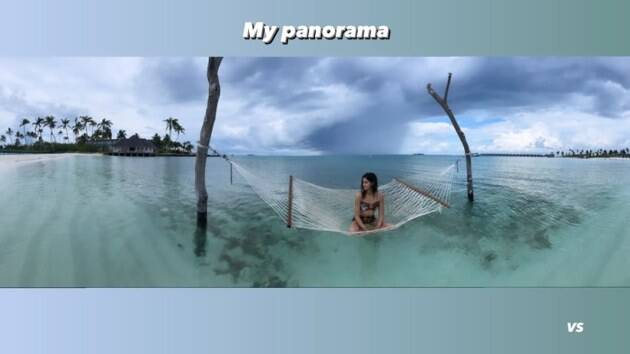 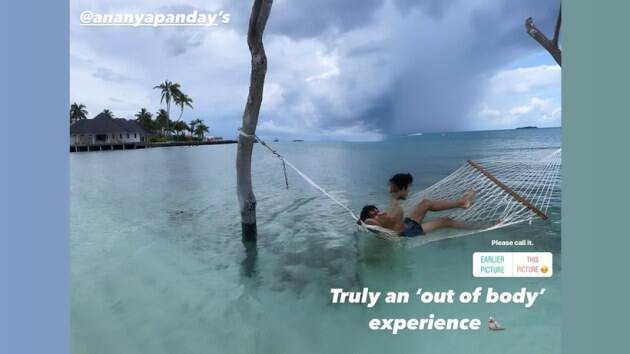 Meanwhile, Ishaan's recent performance in A Suitable Boy was praised by the critics as well as the audiences, with other memorable performances as well. He made his debut as a lead in the 2018 film Dhadak and was also recently seen in Khaali Peeli. He will be next seen in the film Phone Bhoot alongside Katrina Kaif and Siddhant Chaturvedi.

Ananya Panday had earlier featured in the Bollywood movie Khaali Peeli earlier this year. She featured opposite Ishaan Khatter in the action-comedy film. Directed by debutant Maqbool Khan, Khaali Peeli is set in Mumbai and promises to be a "young, edgy roller-coaster ride that kick-starts one night, when a boy meets a girl". Also starring Jaideep Ahlawat, the film was originally scheduled for a theatrical release on June 12, but was put on hold after the cinema halls were shut down due to the coronavirus pandemic.

She is currently shooting for Shakun Batra’s next movie as well as an untitled Vijay Deverakonda starrer Puri Jagannadh project as well.

Tinder asks, '2021 will be epic because...?' Ananya Panday has a witty answer