Giorgia Andriani is all set to make her debut in a short film and she will be portraying the role of a lawyer. She also has 'Sridevi's Bungalow' in pipleline

While speculations were rife that Giorgia Andriani is to make her acting debut with her beau Arbaaz Khan in Dabangg 3, it did not happen. However, now reports claim that the Italian model will be seen alongside Khan in Sridevi Bungalow that stars Priya Prakash Varrier in an important role. In the film, the 29-year-old model will be performing a song, wherein she will be donning a ravishing Arabian attire for her dance number. However, before the film hits the silver screen, the actress seems to be prepping for another project.

Arbaaz Khan's girlfriend is all set to turn Lawyer for a short film titled Victim. Reportedly, it also set to feature at some prestigious International Short Film festivals. The film is directed by Raman K Jangwal, Produced by Vinil Gupta and the Casting was assembled by Manish Shukla. Take a look at the picture below-

READ: 'I Wouldn't Say That I And Arbaaz Are Best Friends But I Think We Have A Very Healthy Relationship': Malaika Arora On Divorce With Arbaaz Khan

Giorgia Andriani turns lawyer for next 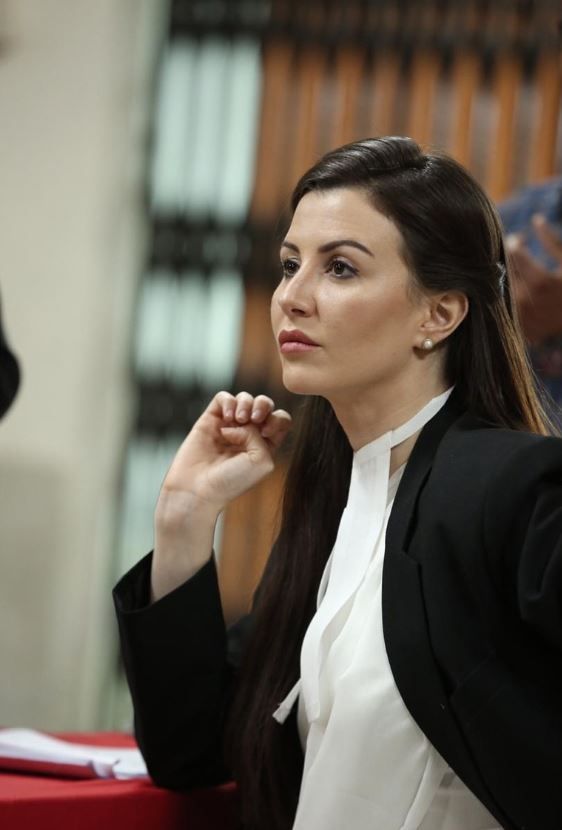 With her debut just a few months away, Giorgia has been acing her Hindi game. It shall be a treat to have her voicing her dialogues in the film and not dubbed. The 29-year-old first made headlines after her relationship with Arbaaz Khan came to light. The two have been spotted attending parties, family gatherings and at eateries posing for the shutterbugs.

Commenting on their relationship, Arbaaz told a leading news agency, “If I had to hide my affair, I would not have brought it in open. I unhesitatingly admit that Georgia is there in my life at this point in time. Somebody who I have at his time in my life is a friend who I am also dating. Where it is going to go? Only time will tell. Yes, undoubtedly, we are together.”