As 'Pushpa: The Rise' recently debuted on Amazon Prime Video, Arjun Kapoor shared his review of the film and called himself a fan of Allu Arjun. 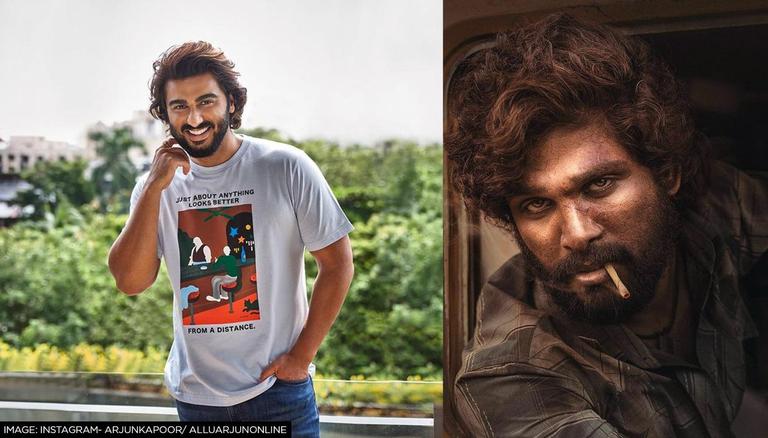 
Allu Arjun's latest pan-India outing Pushpa: The Rise came out to be a huge hit. The film released in theatres on December 17, 2021, and wowed the audience with its cast, pot and action. Since its release, Allu Arjun has been basking into the success of the film and is also receiving praises for his commendable acting. As the film recently debuted on Amazon Prime Video, Arjun Kapoor shared his review of the film and called himself a fan of Allu Arjun.

Taking to his Instagram handle, Arjun Kapoor recently shared the latest still of Allu Arjun from Pushpa: The Rise. The actor further expressed how he enjoyed the film. He wrote, "Pushpa is not a film. It's an experience, a juggernaut of attitude intensity and coolness put together in one smooth poetic motion picture..." The actor further mentioned how he has always been a fan of the South star and has been following Allu Arjun films since his 2004's Arya. He wrote, "@alluarjunonline for me was always Arya all these years & as a fan to see him for from Arya to Pushpa was just amazing... Pushpa isn't a flower it's fire... The fire of his eyes burning on the big screen."

The South star was seemingly touched by Arjun Kapoor's kind words. He immediately reshared the Bhoot Police actor's story and thanked him for showering his love. He wrote, "Thank you soo much for such heart felt words. Elated that you felt the fire." "Thank you for all the love. Humbled," he added.

READ | Allu Arjun's favourite 'pass time' is all about cuddling with his daughter Arha; See 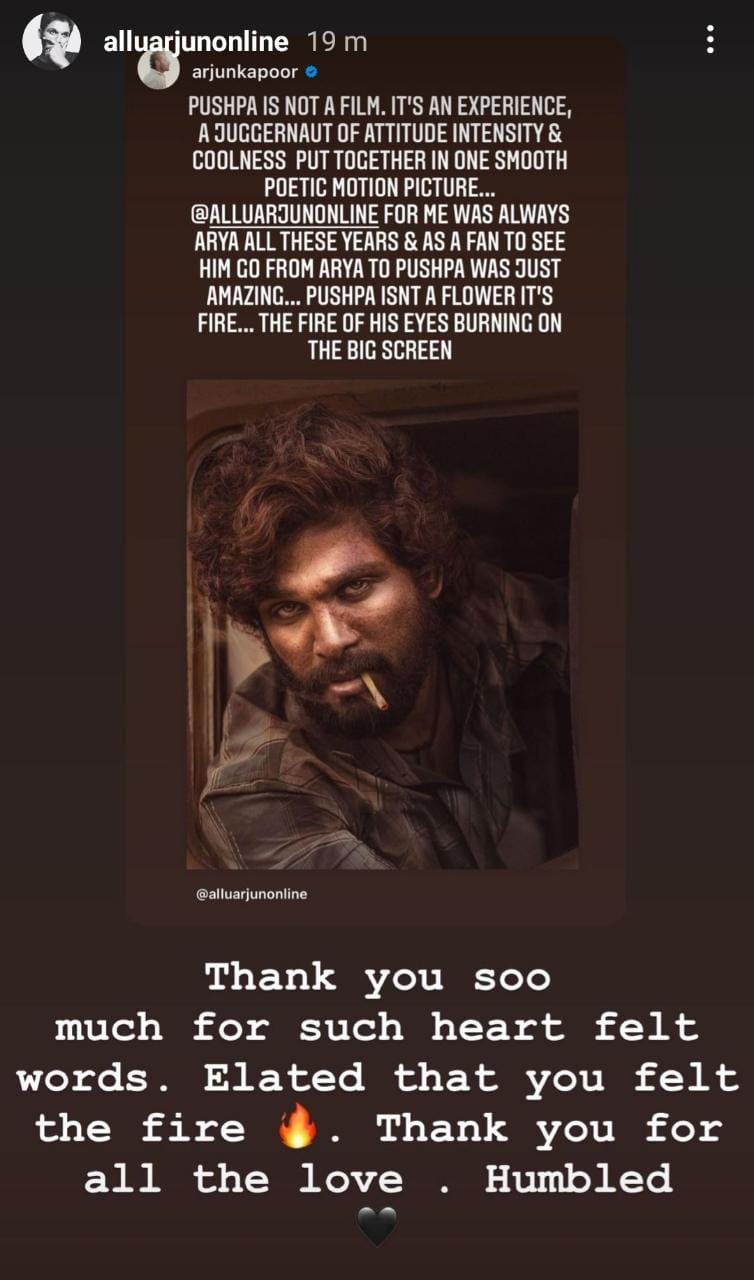 Allu Arjun recently shared his favourite still from the action thriller. In the picture, a fierce Allu Arjun's Pushpa Raj could be seen smoking a cigarette as he looked into the camera. Sharing the still, the actor wrote, "I love this still from Pushpa." He further thanked his fans for showering love on the film.

Allu Arjun and Rashmika Mandanna's Pushpa revolves around a red sandalwood smuggler who aims to become the kingpin of illegal business. The film also cast Fahadh Faasil as the lead antagonist. Pushpa: The Rise is touted to be only the first part of the series directed by Sukumar.

READ | Mahesh Babu full of praise for Allu Arjun and 'Pushpa'; calls it 'raw and rustic'