Arjun Kapoor Wishes Gf Malaika Arora With Loved-up Post: 'All I Want Is To Make You Smile'

As Malaika Arora rang into her 48th birthday today, Arjun Kapoor had the most adorable wish for his lady love. He also posted a loved up photo on Instagram. 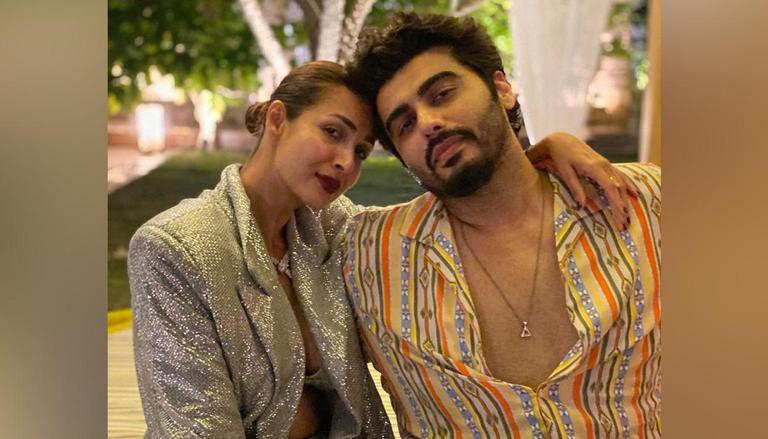 
Arjun Kapoor and Malaika Arora give away major couple goals with their loved-up photos and constant support for each other. The couple is often the talk of the town for their loving bond. As Malaika Arora rang into her 48th birthday today, Arjun Kapoor had the most adorable wish for his lady love. He also posted adorable photo with Malaika on Instagram.

Taking to Instagram, Arjun Kapoor shared a photo with his long-time girlfriend, Malaika Arora. In the picture, Malaika was donning a black tank top and white bottoms with a drink in her hand. She was kissing Arjun Kapoor on his head while the Bhoot Police actor smiled towards the camera. Through the caption, Arjun Kapoor shared that he wants to make Malaika smile. He wrote, "On this day or any other all I want is to make you smile...May this year you smile the mostest." The photo was clicked by Kareena Kapoor Khan as she asked for credits in the comment section. Kareena, who shares a strong bond with the couple, wrote, "I want photo credit Arjun kapoor ji." Several Bollywood celebrities were drooling over the couple. Dia Mirza, Tahira Kashyap, Amrita Arora, Bipasha Basu and several other divas showered them with love.

Malaika Arora reveals Arjun Kapoor knows her inside out

Arjun Kapoor made his and Malaika's relationship Instagram official back in 2019. However, speculations about their romance started much before that. They were also often spotted vacationing together. However, after becoming social media official, the couple is a lot vocal about their loving bond. Malaika Arora recently got candid about her personal life in Supermodel Of The Year Season 2 and revealed Arjun Kapoor is the one who knows her inside out.

Malaika served as a judge on the second season of Supermodel Of The Year. In an episode, the actor was asked to name one person who knows her inside out. She took her beau's name and said, "He knows me, he gets me, he understands me, he annoys me." When she was later asked to reveal the last text message she sent Arjun, the actor replied, "I love you too."