As Abhishek Bachchan Wishes Aishwarya Rai On Her B'day, 5 Times He Was A Doting Husband

Bollywood’s fan-favourite, Aishwarya Rai Bachchan celebrated her birthday on November 1 and here's how Abhishek Bachchan extended his wishes to her. 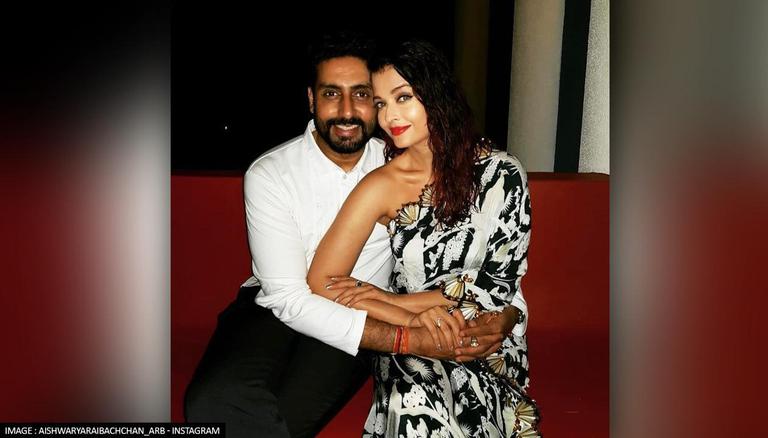 
Bollywood fan-favourite Aishwarya Rai Bachchan celebrated her birthday on November 1. Several celebrities and fans extended their wishes to her, including Madhuri Dixit and Anushka Sharma, who kick-started the wishes on social media. Aishwarya Rai's husband, Abhishek Bachchan, took to his social media account to wish the 'one who completes the family', on her special day. This is not the first time Abhishek has put up a heartwarming post for his wife. On the occasion of her birthday, here are some of the incidences he was the most doting husband.

Abhishek Bachchan extended his wishes to Aishwarya Rai on her birthday

Posting a picture of his wife in an off-shoulder printed outfit, Abhishek Bachchan penned down a birthday wish for her. In the caption, he thanked her for being herself and mentioned that she completes the family. He wrote, "Happy Birthday Wifey! Thank you for being, you. You complete us. We love you.... ❤️"

On November 1, 2020, on Aishwarya's birthday last year, the Guru actor posted a picture of the duo together, as they stunned in traditional wear. In the post, he thanked her for everything and wished her happiness, as he expressed his love to her.

He wrote, "Happy birthday Wifey. Thank you for everything! All that you do for us and mean to us. May you always smile and be happy. We love you eternally. I love you."

In November 2019, Abhishek posted a black and white picture of his wife, in which she struck a ravishing pose for the camera. She wore a stunning gown and Abhishek called her a princess. The picture received heaps of love from fans and followers.

Abhishek Bachchan often takes to Instagram to show off his wife's outfits and has done so multiple times. He posted a picture of her in an off-white gown, which had beautiful floral embroidery on it, which paired perfectly with the simple dress. She posed with her hands on her hips and Abhishek wrote, "There she is."

On the occasion of the duo's eighth wedding anniversary, the Ludo actor posted a major throwback picture from his first photoshoot with Aishwarya and reminisced about the past. He mentioned that they had 'come a long way since then' and thanked the fans for their wishes. The picture features Abhishek with his arms around his wife, as the two gazed into the camera.

READ | Aishwarya Rai Bachchan turns 48: From 'Devdas' to 'Sarbjit', take a look at her best works

He also put up yet another black and white picture, which seems to be a candid image of his wife. In the picture, she can be seen looking away from the camera with a smile on her face, as she wore a bedazzled outfit. He penned down an adorable caption as he wrote, "They say a picture speaks a 1000 words. Seeing this photo I can think of many more."