Katrina Kaif & Vicky Kaushal's marriage rumours are surfacing on the internet. Here's shedding light on how these rumours began and are still going strong. 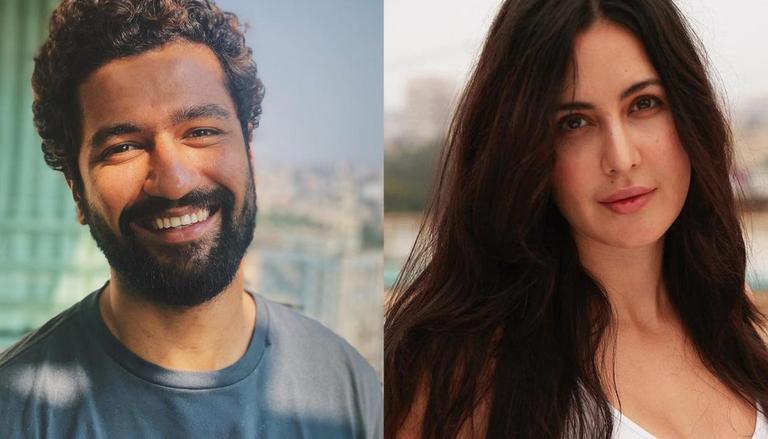 
Katrina Kaif and Vicky Kaushal's dating rumours began making rounds a few years ago. Over time, the couple's dating speculations have changed to rumours about their wedding. While the recent rumours suggest the couple is planning their wedding, as their pictures went viral outside the celebrity manager's house, here is a look back from where the speculations started and how the two leading Bollywood stars dropped hints.

Everything began during a famous television talk show where Katrina Kaif spoke about the Uri actor for the first time. She revealed she would like to work with Vicky Kaushal, and they would look good together. Hearing the same, Vicky Kaushal was flattered during his appearance on the same show. He made the gesture of being lovestruck and fainting, which their fans found very cute.

In 2019, the couple had a romantic moment on the stage of the Zee Cine Awards. Vicky Kaushal asked Karina to respond to his Uri war cry, 'How's The Josh?' After Katrina agreed to do it and exclaimed  "igh Sir," Vicky Kaushal was seen blushing. Katrina also managed to pull his leg during this cute moment. Not just this, Vicky Kaushal also asked Katrina Kaif to marry him by singing the famous Bollywood hit song Mujhse Shaadi Karogi.

The duo also made an appearance on the show TapeCast Season 2. They talked about each other's careers and their past experiences in the industry. In the beginning, Vicky Kaushal asked Katrina if she had ever imagined the first time they would sit to talk would be recorded. Katrina laughed and said it is a good place to know the other person.

Despite coming and leaving in different cars, Vicky Kaushal and Katrina Kaif were often spotted attending parties of their common friends. They also were seen dancing together at Isha Ambani's Holi party in 2020. The rumoured couple reportedly had a good time with Nick and Priyanka.

Katrina Kaif and Vicky Kaushal both shared photos from their 2021 new year celebration with their respective siblings. While the two did not share photos with each other, it did not take their fans much time to guess that they were together. Moreover, a photo uploaded by Katrina also had Vicky Kaushal's reflection.

Soon after their New Year celebration, Katrina Kaif uploaded a story in which she was hugging someone wearing a mustard-coloured t-shirt. Fans immediately spotted it was Vicky Kaushal. This was because the Raazi actor posted a photo in a similar t-shirt around the same time.

Despite being teased on national television several times, Vicky and Katrina did not accept they were dating. But, Harshvarrdhan Kapoor did the job for them. Earlier this year, the Mirzya actor revealed Vicky and Katrina are dating. However, Katrina Kaif was very upset with his remark on her personal life.

In the past few months, the couple has been a part of various rumours. Katrina also came to Sardar Udham's screening and hugged Vicky Kaushal. They also visited their manager's office together and sparked rumours about their wedding. However, the two have not spoken about the same in public yet.