Ayushmann Khurrana, last seen in Hitesh Kewalaya's Shubh Mangal Zyada Saavdhan, seems to be spending most of his time during the lockdown engaging with his kids and wife. Recently, Ayushmann Khurrana took to Instagram to share a photo of his son Virajveer playing the guitar. Sharing the photo on his Instagram story, Ayushmann Khurrana wrote: " Apni Dhun me rehta hai. Tu bhi mere jaisa hai." (sic)

Check out the picture: 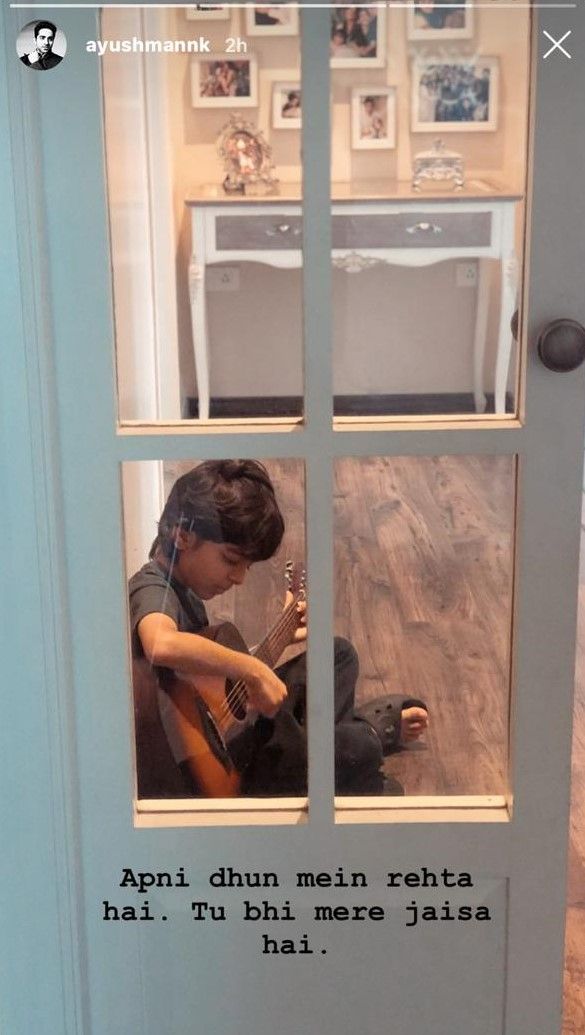 Just a few days ago, Ayushmann Khurrana celebrated his 2017 movie- Mere Pyaari Bindu completing three years. He took to social media to pen a note, where he reminisced memories from the film's shooting and compared his character in the movie to his real self. Sharing some behind the scenes pictures, Ayushmann Khurrana wrote: "Abhimanyu Bubla Roy was just like me. He loved old songs, was a compulsive writer and a sucker for nostalgia. The box office didn’t pamper this gem but this film will always be special." (sic)

Recently, the makers of the Ayushmann Khurrana starrer revealed that the movie would release directly on the OTT platform Amazon Prime Video. The Shoojit Sircar directorial is slated to premiere on June 12, 2020. The news of Gulabo Sitabo's digital release is the repercussion of continuous lockdown. Initially, the movie was slated to release on February 28, 2020, however, due to the pandemic, the film was postponed.