Taking to Instagram, actor Bhagyashree shared a series of photos and videos from Ayodhya's Ram Leela in which she played the role of Sita. Take a look - 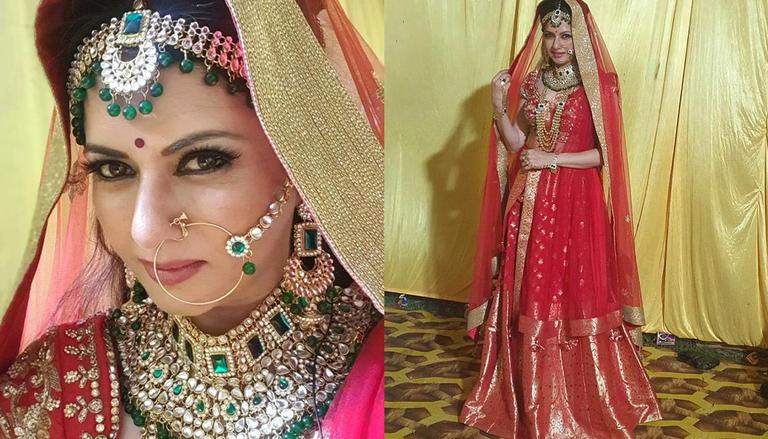 
Bollywood actor Bhagyashree portrayed the role of Sita in Ayodhya's Ram Leela. The stage act took place on Friday, October 8. The Maine Pyaar Kiya actor recently revealed she had a great time playing the role and also treated her fans with a few glimpses of the act.

Taking to Instagram, Bhagyashree shared a series of photos and videos of her portrayal as Sita in the Ram Leela. In the pictures, the actor donned a red coloured lehenga. She also had a golden bordered drape which she elegantly carried. The Thalaivii actor wore heavy jewellery to complete her look. Through the caption, the actor revealed she was delighted to be a part of the stage act. She wrote, "SIYA RAMCHANDRA KI JAI. Last night was blessed to be able to be in Ayodhya for Ramleela, as Sita Maiya! Unbelievable to be able to connect with 19crore people worldwide watching this great epic streamed live. Being here during the auspicious time of Navratri was as perfect as it could be.". Bhagyashree's fans were thrilled to see her playing Sita. They showered her with love and blessings. Many also called her lucky to have had the opportunity to play the role in the most iconic Ram Leela. The Ram Leela in Ayodhya usually hosts a live audience. However, due to the global pandemic, this year's stage show was streamed online and broadcasted on national television. Here are the photos of Bhagyashree as 'Sita'.

On her work front

Bhagyashree is a well-known actor in Indian cinema. She had her breakthrough with the 1989 film Maine Pyaar Kiya. After exploring the Hindi cinema, Bhagyashree went on to work in several South movies and feature films. She recently made her comeback to Hindi cinema with Kangana Ranaut starter Thalaivii. Bhagyashree played the role of Jayalalitha's mother, Sandhya. In an Instagram post, once Bhagyashree opened up about being a part of Thalaivii. She wrote, "I enjoyed being able to be part of this film, portraying her mother, Sandhya ..an integral part of her life". The multi-lingual film also marked her Tamil debut. Bhagyashree will next be seen in Radhe Shyam, starring Prabhas and Pooja Hegde.

READ | Bhagyashree thanks 'Thalaivi' director for his support, shares pics from set

WE RECOMMEND
Deepika Padukone has sweet surprise for hubby Ranveer Singh ahead of 'The Big Picture'
'Raavan Leela' trailer out: Portrays a modern twist to the Indian mythological saga
Bhagyashree on quitting films after 'Maine Pyar Kiya': 'I did not value my success'
Bhagyashree fumes at a grocery app, says 'no customer service after regular complaints'
Bhagyashree receives first dose of COVID-19 vaccine, urges fans to 'get your slot'
Listen to the latest songs, only on JioSaavn.com