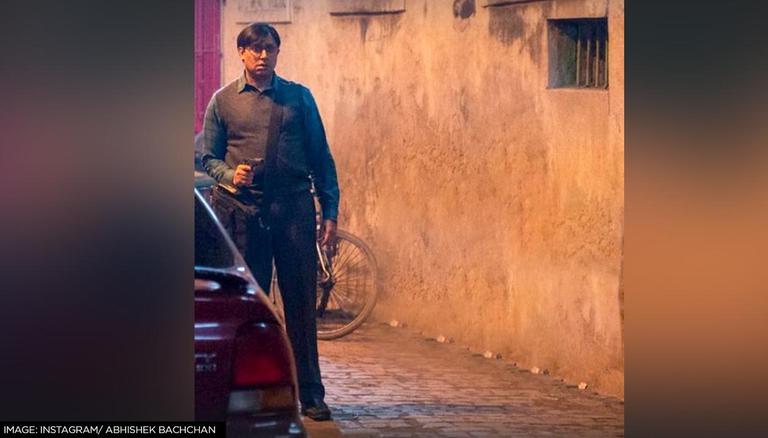 
Makers of Abhishek Bachchan starrer crime drama Bob Biswas have released its track Tu Toh Gaya Re, which perfectly encapsulates Bob's struggle as he tries to balance his dual lives. The song's literal meaning "You're Gone" echoes throughout the clip, wherein Bob tries to make sense of what he has got himself into. The clip opens up with Biswas giving himself a reminder that he has a family of three to take care of, however, he soon gets embroiled in the vicious cycle of assassinations.

The track comes shortly after the film's trailer was released, showcasing Abhishek's Bob Biswas as a brutal contract killer leading dual lives. Bob Biswas, which comes as a spinoff to Sujoy Ghosh's 2012 thriller, Kahaani, also stars Chitrangada Singh, Paran Bandopadhyay, Ronith Arora and others in pivotal roles. Audiences will witness the spine chilling tale of the cold-blooded murderer on December 3 via  Zee5.

Director Diya Annapurna Ghosh will helm the film, wherein Abhishek is embroiled in the dark alleys of crime while navigating his role as a family man. According to PTI reports, Sujoy Ghosh mentioned that Bachchan had been approached to play Bob Biswas in Kahaani, however, scheduling issues made the actor pass the opportunity. The director further revealed that the film's first draft was based on exploring the mental turmoil of Bob when someone hires him to assassin a 'helpless, innocent' woman Vidya Bagchi. However, pertinent changes were made due to Bachchan's unavailability.

READ | Remember when Saswata Chatterjee said he will not play Bob Biswas again?

In another statement,  Diya mentioned that she's grateful to Bachchan, Chitrangada and the entire cast of the film, who shaped the project into reality. "I have had the most fantastic experience designing ‘Bob Biswas’, a crime-drama that has a love story in its essence. This film came to me in 2020 which was one of the most difficult times in all of our lives.", she mentioned. Bob Biswas is backed by Red Chillies Entertainment and Boundscript.

Meanwhile, Abhishek will also feature in a sports drama helmed by R Balki. He is currently filming for the next season of Amazon Prime Video's Breathe: Into The Shadows series.