Though theatres started to reopen in phases this year, it wasn't until the Maharashtra government opened theatres that led to flood of Bollywood announcements. 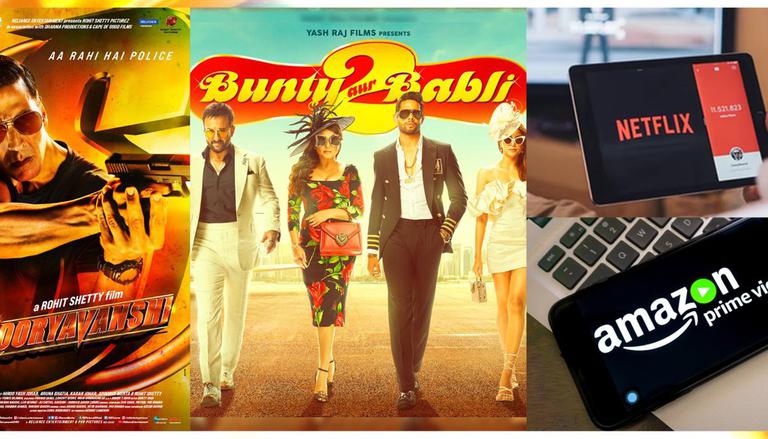 
Cinema halls are here to stay and will only get stronger as big-budget Bollywood films lined up for release, even as a section of critics have put a question mark on the uncertain future of the exhibition sector due to the increasing popularity of streaming platforms, believes Gautam Dutta, CEO of PVR Limited.

The coronavirus-induced nationwide lockdown had put a halt on theatrical screenings of films last year, paving the way for makers to find an alternate medium to release their films on streaming platforms. With many films of the biggest stars -- from megastar Amitabh Bachchan, superstars Salman Khan, Akshay Kumar, Vidya Balan, actors Ayushmann Khurrana, Varun Dhawan, Sidharth Malhotra -- finding their way to the digital platform, conversations around the downfall of theatrical business had started to pick up speed.

Though the lockdown restrictions had eased and theatres started to reopen in phases this year, it wasn't until the Maharashtra government announced the opening of cinema halls from October 22 that led to a flood of Bollywood film announcements.

In an interview with PTI, Dutta said as the industry gears up to welcome filmmaker Rohit Shetty's much-awaited cop-drama Sooryavanshi on November 5, the naysayers of the theatrical industry will witness that the sector is alive and thriving.

"During piracy, the phase of DVDs or when the IPL started, there were those who crossed out theatres, that no one will step out once the match starts. But nothing happened. The pundits have always put this across. The latest addition is the OTT (over-the-top platform). But what has happened? Nothing."

"Films in Punjab, South are doing (business) higher than pre-COVID (era). Let's wait and watch when 'Sooryavanshi' and '83' (director Kabir Khan's cricket drama) come out. The debate will be over. We are so used to people just striking us off but theatrical experience can never go out of fashion. Watching something at home just doesn't give this feeling," he said.

Sooryavanshi was originally supposed to be released last year but the pandemic thwarted its plan and the Akshay Kumar-starrer was put on indefinite hold.

The action drama, which also features Katrina Kaif, Ajay Devgn and Ranveer Singh, will be the first major film to release post the reopening of cinema halls in Maharashtra -- a key territory for the revival of the multiplex industry -- which has allowed theatres to operate at 50% occupancy. The total screen count of PVR Cinemas stands at 157 screens across 38 properties in Maharashtra.

"Now that we have reopened, we will put the house on fire. We have already tested and seen what is happening in other markets. In every field, people say there is 'revenge eating', 'revenge buying', so now there will be 'revenge viewing' as well. "Once people come back, they will be back for good. 'Sooryavanshi' is the big initiator, it will get the entire nation to move. Every region, every circuit will possibly come alive," Dutta promised.

Dutta said the line-up proves the faith of the makers in the theatrical showcase of their films.

"The slate is packed, so now you step back and see what's happening. This is where the OTT versus cinema discussion ends. It is not as if OTT doesn't want these films but if given a choice... People said, 'No one wants to go to the cinemas, filmmakers are preferring the OTT.' But this was never a race, I wasn't running a race either. Now that cinemas are open, everyone is announcing (the release of their films)."

"The makers could have gone to the OTT but they didn't, why? Because the process is they first go to the cinemas then six weeks later head to the OTT and then to the national television. These announcements tell you that everybody wants to follow this pattern, even at 50 per cent occupancy," he added. PTI JUR RDS SHD