It was announced that Maharashtra's theatres will reopen on October 22. Filmmakers are all set to release their films in theatres in the coming week. Check. 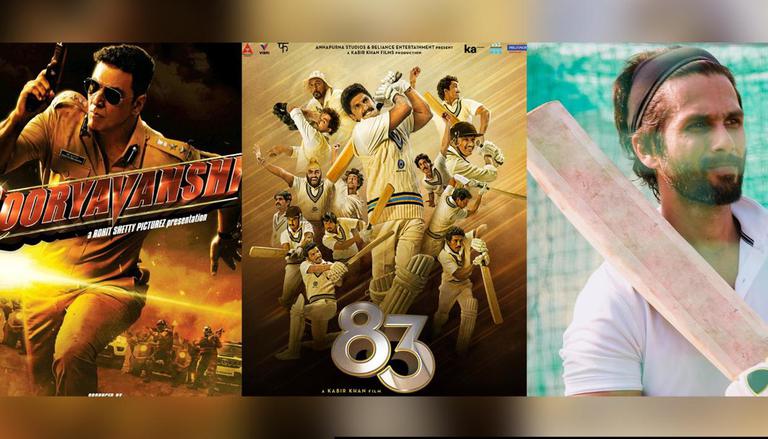 
There are plenty of interesting forthcoming films on the horizon, and things are finally returning to normal on the big screen after months of pandemic-related setbacks. On September 25, Rohit Shetty, Pen Studios' Jayantilal Gada, and major theatre representatives and exhibitors met with Maharashtra Chief Minister Uddhav Thackeray in Mumbai to discuss the reopening of the theatres.

Following the discussion, it was announced that Maharashtra's theatres will reopen on October 22nd. Producers, distributors, and theatre owners applauded the decision warmly.  As soon as the news broke, producers began announcing the theatrical release dates of their next films.

The biographical film '83, directed by Kabir Khan and based on the life of renowned batsman Kapil Dev, will be released on Christmas Day 2021. Ranveer Singh and many others star in the flick. Laal Singh Chaddha, starring Aamir Khan and Kareena Kapoor Khan, will be released on February 14, 2022. Aamir Khan Productions announced in a statement announcing the fresh release, "We welcome the decision of the administration to allow cinemas to re-open from October 22. Due to the delays faced as a result of the pandemic, we will be unable to release our film Laal Singh Chaddha this Christmas. We will now be releasing Laal Singh Chaddha on Valentine’s Day, 2022."

Jayeshbhai Jordaar, a YRF production featuring superstar Ranveer Singh, will be released on February 25, 2022. Ranveer will play a Gujarati man who becomes an unlikely hero in the family entertainer set in Gujarat. The fourth film, YRF's Shamshera, starring Ranbir Kapoor, will be released on March 18, 2022. Vaani Kapoor plays Ranbir's love interest, and Sanjay Dutt plays the antagonist. Check out the release dates for the following movies so you can mark your calendars and get tickets in advance:

READ | Shang-Chi and the Legend of the Ten Rings' to release in Maharashtra theatres
READ | 'Raja Vikramarka': Kartikeya Gummakonda starrer to hit theatres on November 12