The Recording Academy has announced that ace artists like Nick Jonas, Lizzo and Lil Nas X have made it to the nominee's list of Grammy 2020; Read more details

In the wee hours of Wednesday morning, the Recording Academy announced the nominees for the 62nd Grammy Awards. Expected to be held in January 2020, the Recording Academy took their official social media handles to announce that ace artists like Nick Jonas, Lizzo, Billie Eilish and Lil Nas X, among many others, have made it to the list of nominees for the prestigious, Grammy Awards. The Jonas Brothers have been nominated in the ‘Best Pop Duo/Group Performance’ category for their comeback single Sucker for the Grammys 2020. While fans have been busy congratulating the Jonas brothers on their achievement, celebrities too, have chimed in to appreciate Nick Jonas, Joe Jonas and Kevin Jonas on their milestone. Here are how some celebrities reacted to the Jonas brother’s nomination.

Also Read | Priyanka Chopra-Nick Jonas: Ahead Of Their Anniversary, A Timeline Of Their Love Story 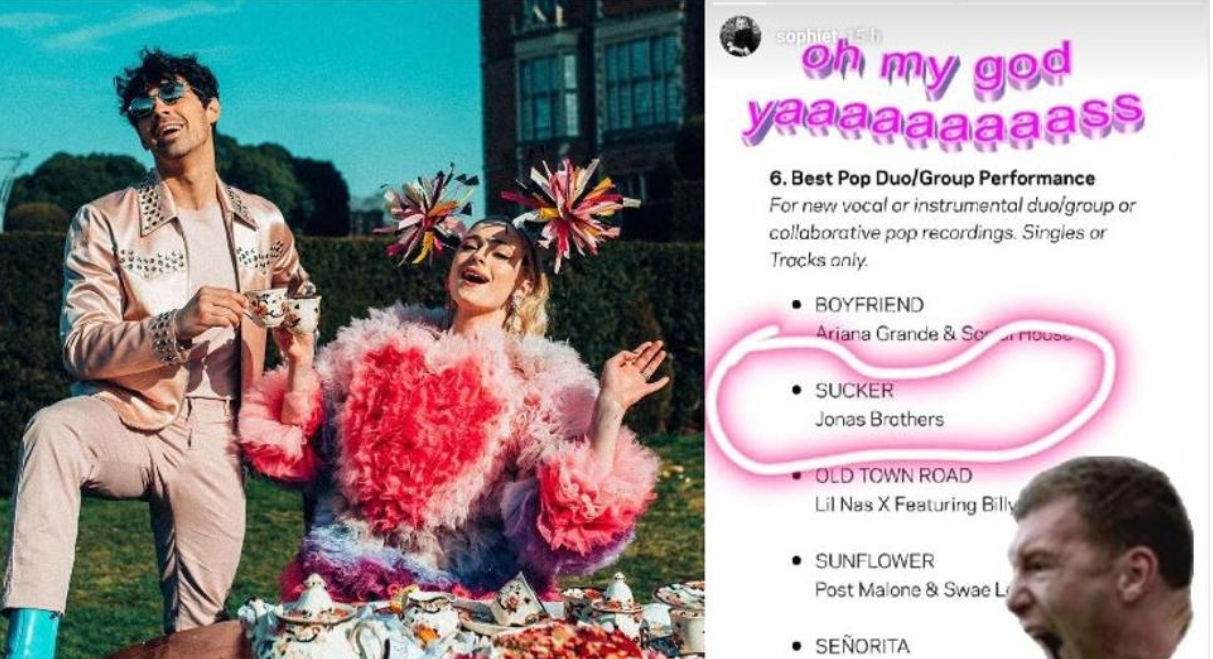 Expressing gratitude towards fans and loved-ones, Nick Jonas recently shared a heartfelt note on Instagram. In the picture shared, Nick Jonas revealed that exactly a year ago, Sucker album climbed its way to the top on Billboard Top 200. The singer revealed, since then, he has been a part of more than 70 tours across the globe, which changed his life.  Apart from thanking fans for showering love on the album, Nick Jonas also thanked Ryan Tedder and Frank Dukes for contributing to his success. Take a look at Nick's Instagram post: