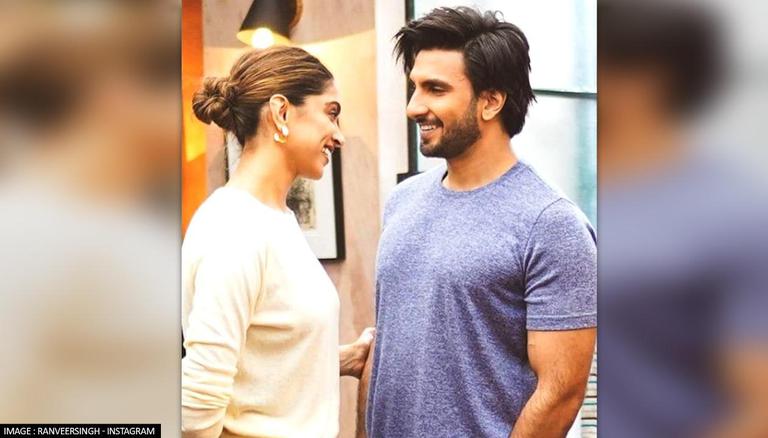 
Ranveer Singh and Deepika Padukone are one of the most loved couples of Bollywood and do not shy away from showing love to each other publicly. As Ranveer gears up for his small-screen debut with the quiz show The Big Picture, his wife Deepika had a small surprise for him. The Simmba actor took to his Instagram and shared the sweet surprise that Deepika gave him.

Ahead of his small screen debut, Ranveer Singh took to his Instagram story and shared a boomerang video. In the video, Ranveer was seen holding a best wishes card with a note written by his wife Deepika Padukone herself. The poster of his upcoming show, The Big Picture was also seen below. In the note, Deepika wrote, “You Got This! All the best my little one…I love you!” The Ram Leela actor shared this story and wrote, "Babygurl" with a heart emoji. 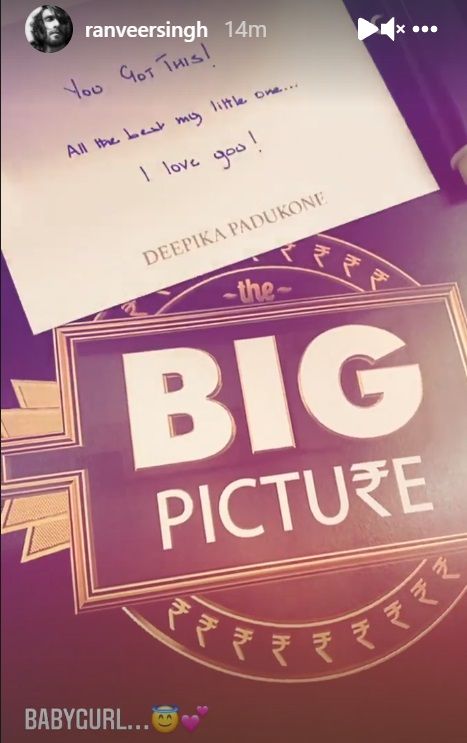 The couple will soon be sharing the big screen in the sports movie 83 which is based on India's victory at the 1983 Cricket World Cup. Ranveer Singh will be playing the role of Kapil Dev, while Deepika will play the role of Romi Bhatia, Kapil's wife. Padukone will also be producing the movie. Earlier scheduled to release on June 4, 2021, the movie is now slated to release on December 24, 2021.

On the work front, Ranveer will next be seen in the social comedy film Jayeshbhai Jordaar where he will playing the role of a Gujarati man who believes in equal rights between males and females in society. It also stars Arjun Reddy fame Shalini Pandey in her Hindi debut, along with Boman Irani and Ratna Pathak Shah. The actor will next be seen in a double role for Rohit Shetty's comedy movie Cirkus alongside Jacqueline Fernandez, and Pooja Hegde.

Meanwhile, Deepika Padukone will next be seen in Fighter alongside Hrithik Roshan. The movie is the country's first-ever aerial action drama that will be shot across the world and will pay tribute to the valour and sacrifice of the country’s armed forces. She will also be seen alongside Siddhant Chaturvedi and Ananya Panday in Shakun Batra's untitled romantic drama. Padukone has also signed to star alongside Prabhas in Nag Ashwin's untitled sci-fi movie.