Amid the promotions of Chhapaak, Deepika Padukone reached Jawaharlal Nehru University (JNU) in Delhi on Tuesday to express her solidarity with students.

Amid the promotions of her next Chhapaak, Deepika Padukone reached the campus of Jawaharlal Nehru University (JNU) in Delhi on Tuesday in an apparent expression of solidarity with the students after the horrific attack on Sunday.

Dressed in a black sweater, the actor was seen along with a group of students and other protesters. Former JNU Student Union President Kanhaiya Kumar was present at that time and seen amid sloganeering that was going on then. 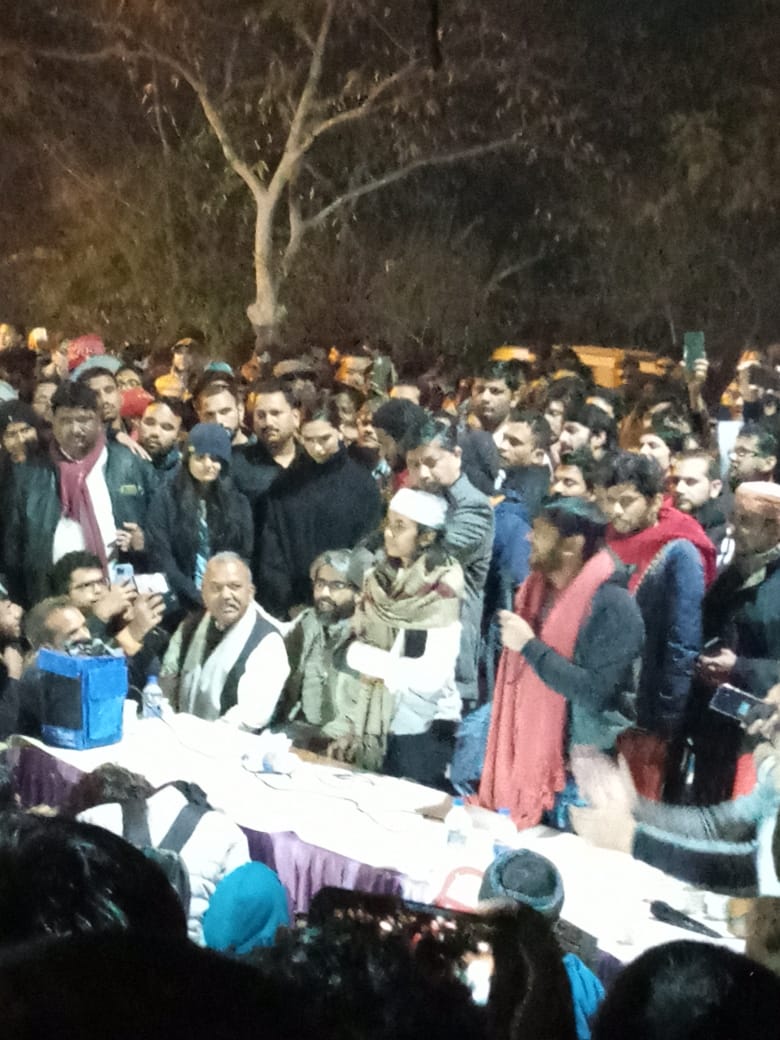 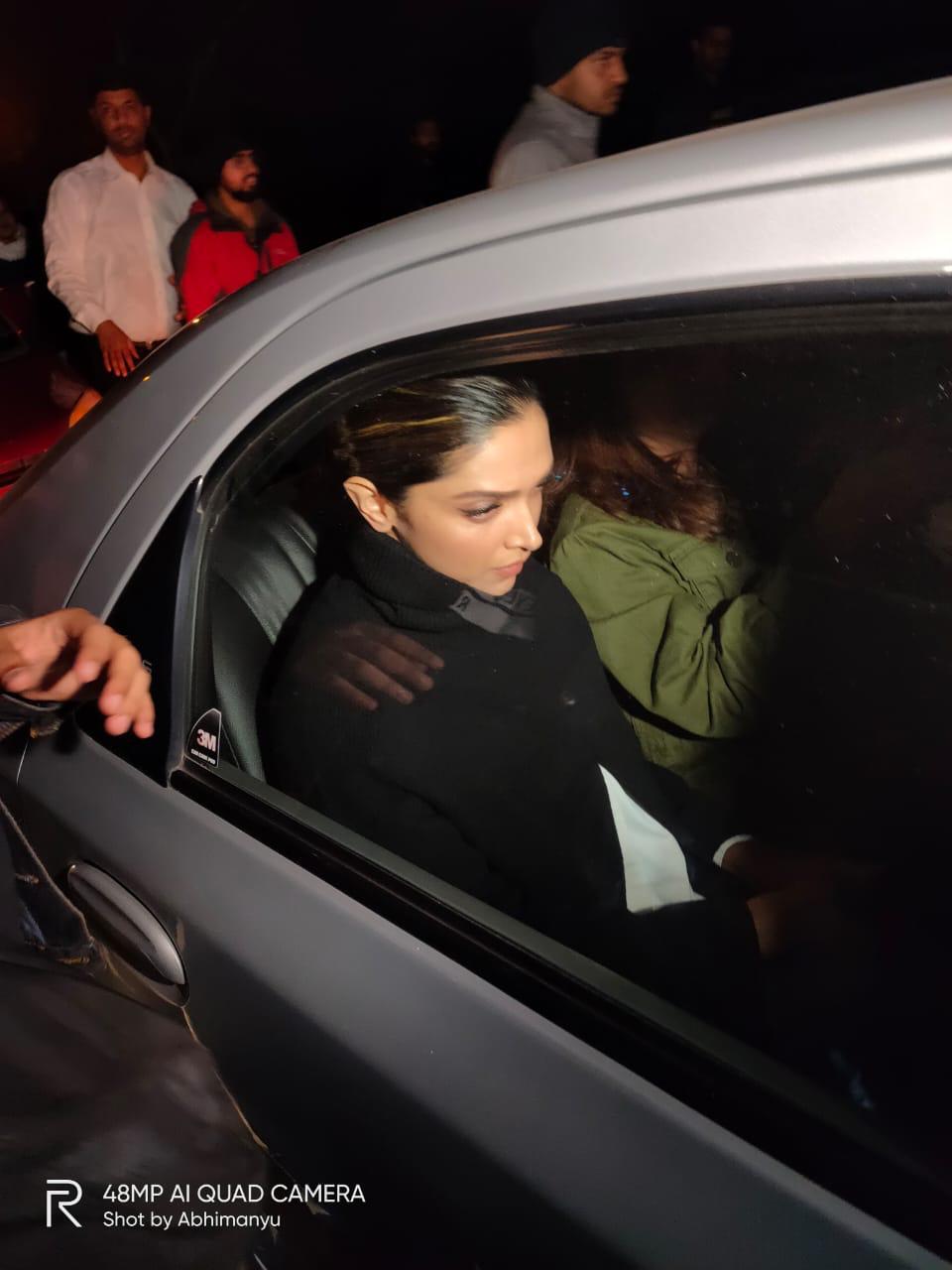 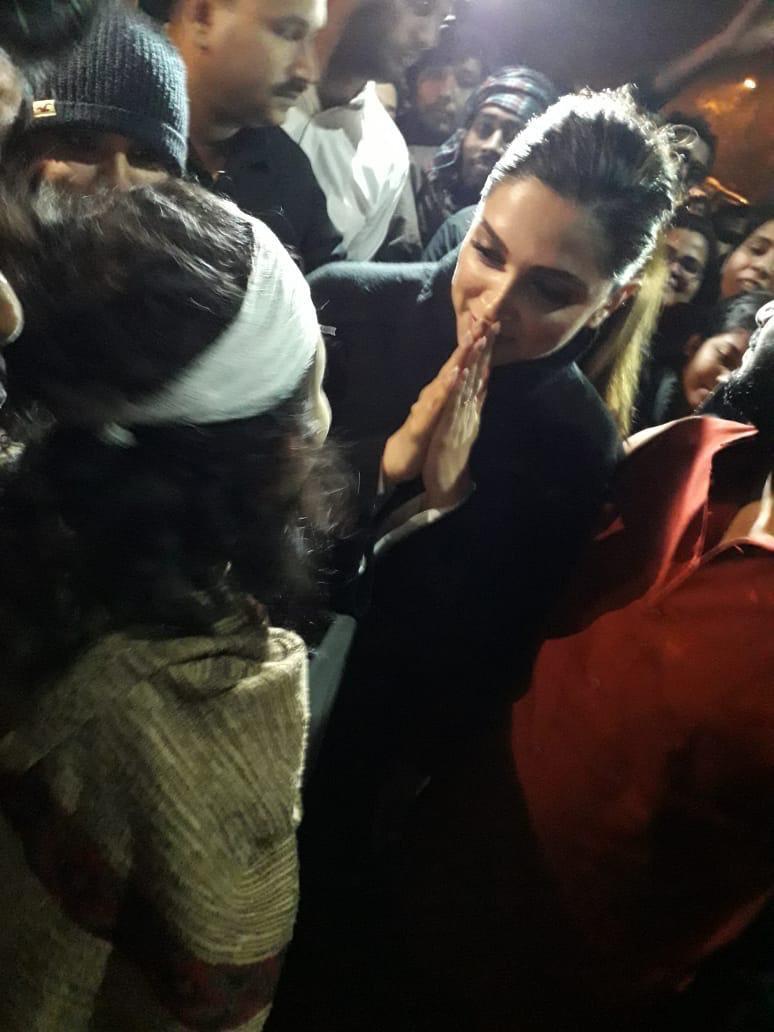 Deepika was present for only seven minutes at the JNU campus.

Deepika Padukone in a recent interview to a media publication opened up regarding the current political scenario in the country and said that she's 'glad' that the citizens of the country are coming together and standing united in the time of need. Feeling proud over the fact that people aren't 'scared' to express themselves, she said, 'People are voicing their opinion whether on streets or from their homes and so if we want to see a change in our society, we must keep all points of view on the table'

READ: Protest Against JNU Violence Near Churchgate Station In Mumbai