It was a month ago that veteran actor Dharmendra made headlines after he was admitted to Breach Candy Hospital in Mumbai due to back pain issues. 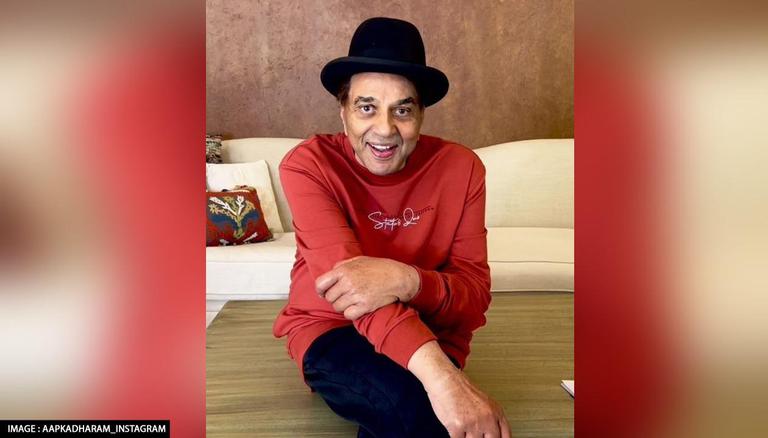 
It was a month ago that veteran actor Dharmendra made headlines after he was admitted to Breach Candy Hospital in Mumbai due to back pain issues. Speculations about the actor's health have been the talk of the town since then, as he has not been active on social media. The actor has now broken his silence and addressed the rumours about his ill health.

The popular Sholay actor took to his Twitter account and shared a short video as he gave his concerned fans and followers a health update and cleared the air about speculations regarding him being ill. He urged his fans to 'be positive' if they wished to live a positive life and assured them that he has been quiet, not sick. He said, "Hello friends, be positive. Think positive. Life will be positive. Main chup hoon, bimar nahin. Kuch na kuch chalti rehti hai. Bura mat suno, bura mat dekho, bura mat socho. Take care, love each other. Life will be beautiful" (I am quiet, not sick. Something or the other is always going on. Hear no evil, see no evil, think no evil.)

Friends, With Love to You All 💕. pic.twitter.com/o4mXJSBDyF

Dharmendra's children, Sunny Deol and Bobby Deol recently interacted with the Press Trust Of India and dismissed reports about their dad's ill health. Sunny Deol told the publication that his dad is 'in the best of health' and said, "My dad is absolutely great and in the best of health. He is doing well". Bobby Deol then mentioned that his dad was fine and in Mumbai, and it was 'sad' that people spread rumours.

A source had earlier confirmed to Republic Media Network that the actor had been admitted to Breach Candy Hospital. They mentioned that the actor was 'overworked' and exercising made him a 'little unwell' as he was shooting for the upcoming film Rocky Aur Rani Ki Prem Kahani. The actor then shared a video after he was back home and cautioned his fans and followers against overdoing things. He said, "Friends, don’t do anything over. I did it and suffered a big muscle pull at the back. So I had to go to the hospital for two to four days. It was difficult. Anyway, I’m back with your good wishes and his blessings. So don’t worry. Now I’ll be very careful. Love you all".

READ | Dharmendra discharged from hospital; Veteran actor was admitted due to back pain