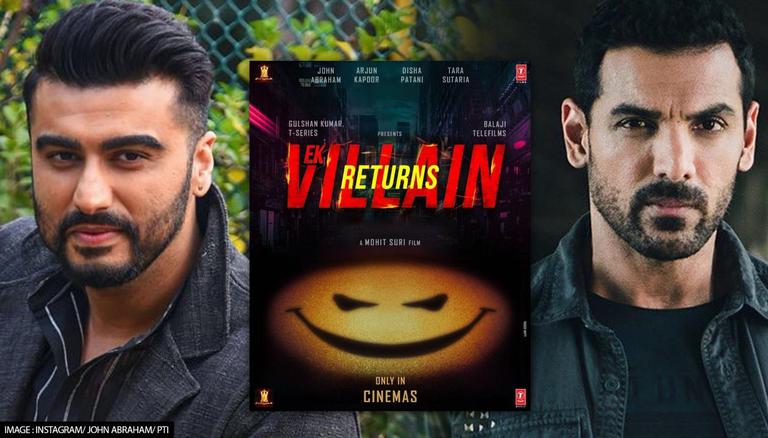 
After the success of the 2014 romantic thriller Ek Villain, director Mohit Suri is back with its sequel Ek Villain Returns, starring actors Disha Patani, John Abraham, Tara Sutaria and Arjun Kapoor in lead roles. The movie, which was earlier slated to release on February 11, 2022, has got a new premiere date and will make a grand entry in theatres on Eid next year. The ensemble cast and makers took to their social media handles to announce the release date, mentioning 'Iss baar eidi villain dega!'.

With the recent announcement by Maharashtra Chief Minister Uddhav Thackeray regarding the opening of cinema halls in the state, many big-budget Bollywood films have announced their theatrical releases. Directed by Suri, the film is being bankrolled by Ekta Kapoor's Balaji Motion Pictures and T-Series.

The film comes as the sequel to the 2014 movie Ek Villain: There's One in Every Love Story, which had Sidharth Malhotra, Shraddha Kapoor and Riteish Deshmukh in the lead roles. It followed the journey of a criminal, whose terminally ill wife is killed by a sadistic serial killer. According to reports, actor Aditya Roy Kapur was originally roped in to essay the role enacted by Arjun, however, due to creative differences with Mohit Suri, he later backed out.

Arjun Kapoor, who was last seen in the horror-comedy Bhoot Police, alongside Saif Ali Khan, Jacqueline Fernandez, and Yami Gautam, will next feature in Aasmaan Bhardwaj directorial Kuttey. Disha will be seen in Ekta Kapoor's production KTina, Yoddha, and the second instalment of Mohit Suri's suspense action thriller Malang 2.

John Abraham, who was last seen in Sardaar Ka Grandson and Mumbai Saga, will soon be featured in Satyameva Jayate 2. On the other hand, Tara Sutaria will reunite with her SOTY 2 co-star Tiger Shroff, for Heropanti 2.