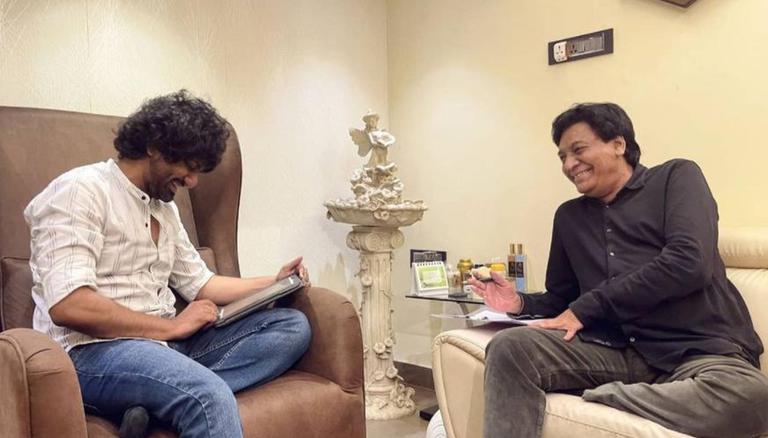 
Ameesha Patel and Sunny Deol have reunited finally for the most-anticipated project, Gadar 2. The cast and crew members have commenced their preparation work and the actors have also updated the fans about the progress. They even unveiled the motion poster of their forthcoming project on October 16.

Quadri Sayeed and Mithoon gear up for Gadar 2

Taking to the photo-sharing site, Zee Studios posted a pair of behind-the-scenes pictures featuring Aashiqui 2 star Mithoon, and the award-winning lyricist, Quadri Sayeed. In the snaps, the duo can be seen prepping for the music of the much-awaited sequel to Gadar that released in 2001. Sharing the snap, the studio wrote, "When @mithoon11 and lyricist @quadri.sayeed nikle gaddi leke for #Gadar2 jamming session."

Sayeed also reposted the snaps and wrote, "Excited to be on board to create the soundtrack for #Gadar2 with the supremely talented @mithoon11 and director @anilsharma_dir @zeestudiosofficial @iamsunnydeol @iutkarsharma." Earlier, in the month of September, Mithoon had also shared a rare picture with Sayeed and penned a sweet caption. He wrote, "My studio, a pleasant evening, a song session with Sayeed Quadri Saab and plenty of smiles… Just grateful!"

The film comes as a sequel to India's highest-grossing and most loved cross-border romantic tale Gadar: Ek Prem Katha. The film's leading duo will be seen sharing screen space after two decades, along with Utkarsh Sharma, who debuted on the big screen with Gadar. The action drama is set in the backdrop of India's independence and the subsequent partition of the country into India and Pakistan. The plot revolves around the love story of two distinct individuals from different communities. Bankrolled by Zee Studios along with Anil Sharma productions, its screenplay is penned by Shaktimaan, while Mithoon is taking care of the musical score. The film is expected to release next year.

Earlier on November 1, Ameesha shared a snap on her Instagram, wherein the director-actor duo can be seen enjoying the chilly weather, clad in warm clothes. For the caption, she wrote, "When the super cool GADAR 2 team are at prep work .. my Tara Singh @iamsunnydeol and @anilsharma_dir …. GADAR 2."