Akshay Kumar, Kareena Kapoor's 'Good Newwz' is winning hearts all over. Trade analyst and film critic Taran Adarsh took to his Twitter handle to share the box-office collection figures. With a strong comic plot and terrific performances, the film saw a 30 percent jump in the numbers on Day 2. The movie's total now stands at Rs 39.34 crores. The Raj Mehta directorial Good Newwz stars Kiara Advani and Diljit Dosanjh in the lead too. The film took a solo release at the box-office but faces competition from Salman Khan's Dabangg 3 that released a week before that. But looks like that isn't a hurdle for 'Good Newwz' makers as reviews from both critics and audience are totally in favour. 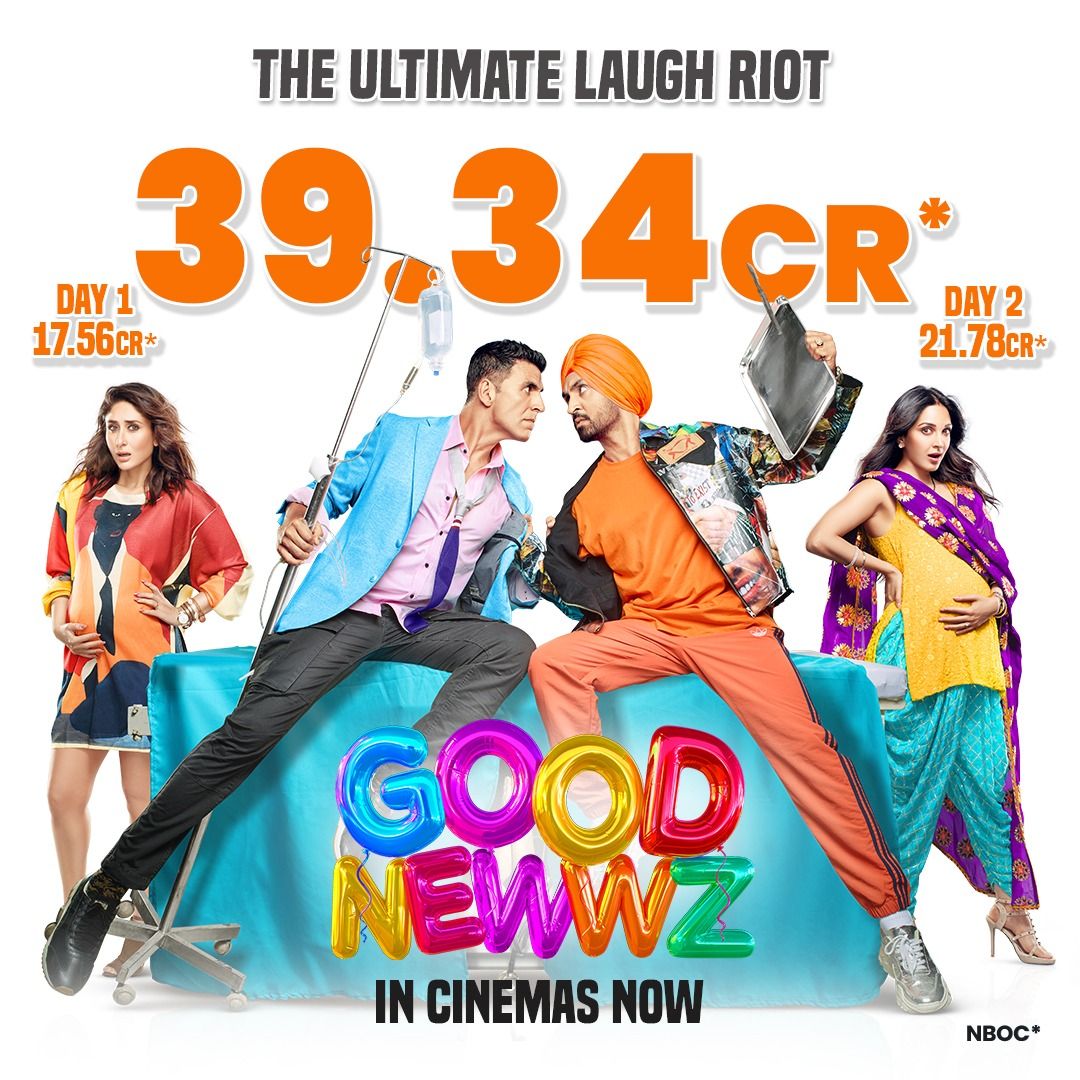 Akshay Kumar and Kareena Kapoor play a couple in the movie who tries to have a baby via the IVF method. However, a ‘mismatch’ between the samples with Kiara Advani-Diljit Dosanjh lead to hilarious chaos. Good Newwz, directed by Raj Mehta, releases on December 27. The movie has been produced by Dharma Productions, Zee Studios and Cape of Good Films.

'Good Newwz' BTS:Kareena will produce film with Akshay Kumar,Taimur as leads in the future