The makers of 'HIT: The First Case' have shared the first-ever glimpse of the forthcoming action-thriller with a short video. Watch the video here: 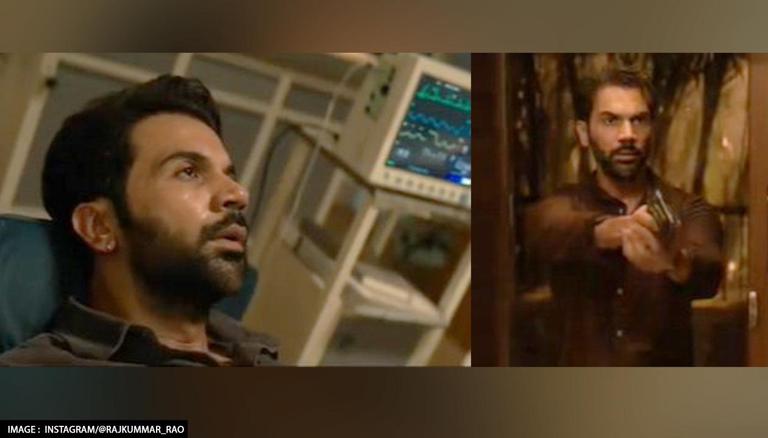 
Actor Rajkummar Rao is currently gearing up for the release of his forthcoming film HIT: The First Case, also starring Sanya Malhotra as the leading lady. The 37-year-old actor wrapped up the shoot of the suspense thriller in April this year, and now the makers have shared the first-ever glimpse of the forthcoming action-thriller through a short video. In the clip, the Badhaai Do star will be seen essaying the role of a cop who could be seen fighting all odds.

The clip starts with Rajkummar stumbling, seemingly injured, on a snowy hill, before cutting into his character trying to save someone whom goons intend to burn alive. Later, he wakes up in a hospital with a doctor telling him that he is just facing panic attacks due to a disease that is triggering his past memories. The clip then sees Rao in an intense avatar facing multiple odds in his job as a police officer, fighting against crime, but refusing to give up. In the end, Rao is also seen holding a gun in his hands, looking edgy. Watch the video here:

Sharing the clip, Rajkummar Rao wrote, "Here comes the #GlimpseOfVikram a Cop fighting against crime whilst dealing with his past. #HITTheFirstCase In Cinemas On 15th July 2022 Trailer out soon." As per the post, it seems that the trailer of the forthcoming film will be out anytime soon.

Recently, the makers released the motion poster of HIT: The First Case which saw Rajkummar Rao in an intense avatar as he was seen sporting a trimmed beard, kohl and earrings. A bird's top view with an automobile had also been included on the poster.

Sharing the poster on his Instagram handle, he wrote in the caption, "Unravelling the first mystery. Hitting the theatres on 15th July 2022! HIT - The First Case #HITGlimpseOfVikram out on 14th June." As per the caption, the Rajkummar Rao and Sanya Malhotra-starrer is all set to hit the theatres on July 15.

More about the film