Is Jersey Movie A True Story? Details About The Plot & Facts Of The Sports Drama Film

Jersey 2019 was a Telugu sports drama film that starred actor Nani. Are you wondering, “Is Jersey movie a true story"? Here is everything you need to know. 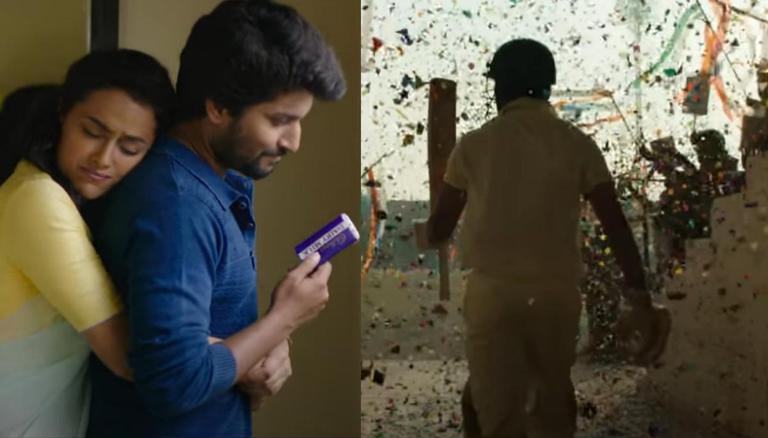 Jersey 2019 was a Telugu sports drama film that starred actor Nani in the lead role. The plot of this film revolved around a cricketer who tried to revive his career even after he failed. Before the release of Jersey, several rumours claimed that the sports drama was a biographical film. Are you wondering, “Is Jersey movie a true story”? Here is everything you need to know about the film.

ALSO READ: Is The Greatest Showman A True Story? Details About The Characters & Plot Of The Musical

Is Jersey movie based on real story?

Some speculations claimed that this movie was based on the life of the Indian cricketer, Raman Lamba. The director of the film, Gowtam Tinnanuri slammed the rumours by stating that the film was not based on a true story. According to telugucinema.com, Gowtam Tinnanuri said that the plot of this film was completely unique. Further, he also said that there was no link between the film and the late cricketer.

ALSO READ: Is 'Class Of 83' A True Story? Know Everything About Netflix Film Featuring Bobby Deol

Although Jersey is not a biographical film, the director did draw some inspiration from real-life instances experienced by other cricketers. In the film, the protagonist turns down the offer of an assistant coach. Further, he restarts his career at the age of 36 even when he is opposed by his family. Here, the director seems to have drawn some inspiration from the cricketer player, Raman Lamba who was the top scorer in the 1996-97 Ranji Trophy season. Raman scored 1034 runs. Further, he too was 36 at that time.

In reality, the Delhi team won the Super League stage and the Zonal round in the 1996-97 Ranji Trophy season. This fact was showcased in Jersey. However, Jersey showcased a Hyderabad team instead of a Delhi team.

ALSO READ: Is The One And Only Ivan A True Story? An Insight Into The Story & Characters Of The Film

The film showcases a man who gets repeatedly rejected in the Indian cricket team owing to politics in the selection process. He then takes up a government job. However, he ends up losing the government job due to bribery. The film showcases the protagonist’s efforts to buy a jersey for his son who is a part of his school cricket team. While the protagonist is subject to a lot of troubles he still manages to succeed in the end.

ALSO READ: Is Audrie And Daisy Based On A True Story? Learn The Details About The Netflix Film