Ishaan Khatter has been roped in to play the lead role in the upcoming film 'Jee Le Zaraa' which stars Alia Bhatt, Katrina Kaif and Priyanka Chopra. 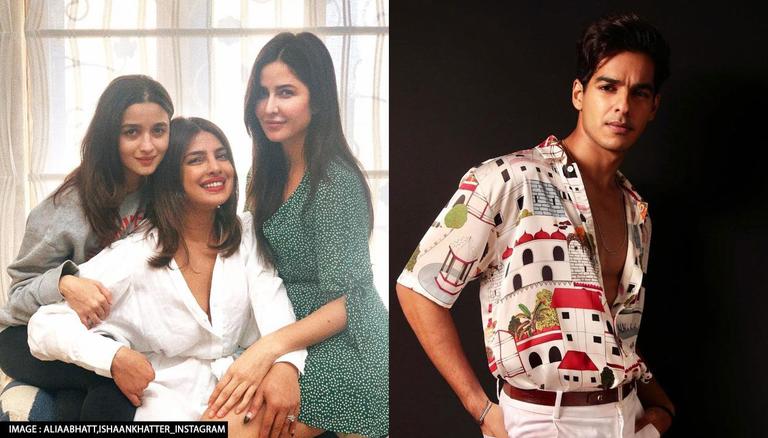 
After the 2011 film Zindagi Na Milegi Dobara, Alia Bhatt, Katrina Kaif and Priyanka Chopra are all set to take the viewers on an all-girls road trip in the upcoming film Jee Le Zaraa. The movie was announced last year and left fans excited about it. While the movie's shoot is set to go on floors next year, a new addition to the cast has been made.

According to the latest report by Pinkvilla, Ishaan Khatter has been roped in to play the lead role in the upcoming Farhan Akhtar directorial. As per the source of the leading daily, the Dhadak star has been onboard for the project for a while now and the makers are waiting for the right time to make the announcement. In the latest update on the film, the makers will begin with the pre-production work next year.

The source said, "It’s been a while since Ishaan came onboard for the project, and they are waiting for the right time to make the official announcement. It’s an important role." "Meanwhile, full-fledged pre-production work will start next year, closer to the filming date," the source added.

Last year, the three stars of the film - Alia Bhatt, Priyanka Chopra and Katrina Kaif - announced the film together via Instagram. Sharing a picture with Priyanka Chopra and Katrina Kaif, Alia Bhatt penned, "2 years ago 3 girls came together with 1 dream There was only one place to go to make that dream come true; to 4 of the funnest dream-makers and storytellers in the business @faroutakhtar @zoieakhtar @reemakagti1 @ritesh_sid And now 50 Zoom calls later. Countless laughs later. With hearts full of love and excitement. Here we are. JeeLeZaraa. (sic)"

READ | Alia Bhatt breaks silence on working during pregnancy; says 'I will work till I turn 100'

Priyanka Chopra penned a long note on how she came up with an idea to do a female multi-starrer Bollywood film on a rainy night in 2019 and she met with Katrina and Alia for the same. The actor revealed she wanted to do a Bollywood film that had been never done before. She revealed the film took three years to finalise and added, "This one is to sisterhood… to friendship and to breaking the mould!! Can’t wait to get on the road with Aloo and Katty. My heart’s smiling. (sic)"

READ | Alia Bhatt addresses 'Love Storiyaan' memes from 'Kesariya’; 'Why should I complain if...'