John Abraham starrer 'Satyamev Jayate 2' is set to make its way to the theatres this year. The filmmakers have scheduled the film's release for November 26. 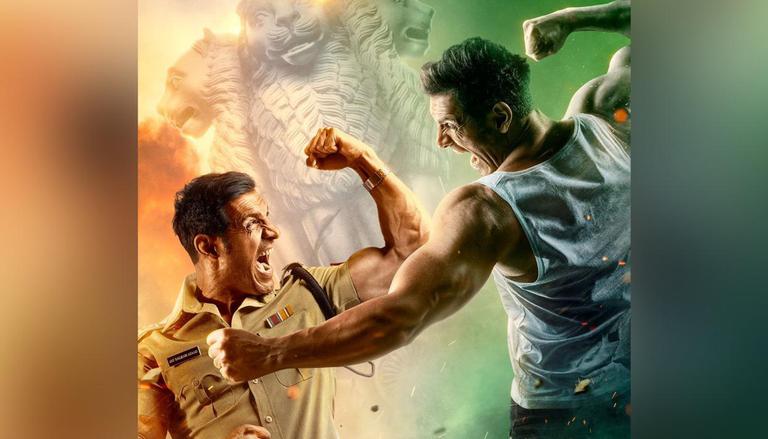 
Bollywood actor and producer John Abraham is a busy celebrity with various projects lined up. The actor was last seen in Sardar Ka Grandson on Netflix. He will soon star in the sequel of his 2018 film, Satyamev Jayate.

John Abraham starrer Satyamev Jayate 2 is set to make its way to the theatres in November. The filmmakers have scheduled the film's release for November 26, 2021. Film critic Taran Adarsh confirmed the news via Twitter.

The film stars John Abraham in a double role. The film's plot is expected to revolve around the protagonist's fight against injustice and misuse of power. The film also cast Divya Khosla Kumar, Anup Soni, and Rajeev Pillai. The film is written and directed by Milap Zaveri while Bhushan Kumar, Krishna Kumar's T-Series and Madhu Bhojwani, Monisha Advani, and Nikhil Advani's Emmy Entertainment. The film was initially scheduled for release in May, alongside Radhe: you Most Wanted Bhai. However, its schedule was postponed due to the COVID-19 second wave.

Satyamev Jayate starred John Abraham as a vigilante Virendra Rathod, Manoj Bajpayee as an honest officer Shivansh Rathod and Aisha Sharma as Dr. Shikha Shukla. The film's plot revolved around Virendra Rathod, who hunts down and kills corrupt police officers. He wins the public's hearts without revealing his identity. As the body count begins to rise, Shivansh Rathod, an honest police officer is asked to hunt down the killer as the police's lives were in danger. During his quest to find the killer, Shivansh discovers Veer was making a pattern with every murder. During his investigation, Shivansh finds out the killer is one other than his brother Virendra.

READ | Kerala: John Abraham, a veterinarian, gets patent for biodiesel from chicken waste

John Abraham on the work front

John Abraham has several projects in his kitty. The actor, who was last seen in Sardaar Ka Grandson and Mumbai Saga, will soon be featured in Satyameva Jayate. The actor also has a Hindi remake of the famous Malayalam film Ayyappanam Koshiyum in the pipeline. He will star alongside Arjun Kapoor in the film. The actor also has the sequel of the 2015 film Ek Villain co-starring Arjun Kapoor.