On the occasion of Juhi Chawla's birthday, test your skills on how well do you know about her movies by guessing the names with the storyline mentioned. 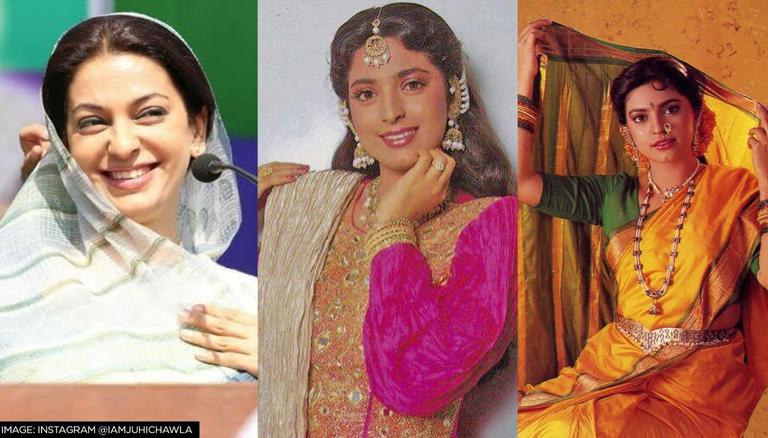 
Juhi Chawla is one of the prolific actors in the movie industry who has been a part of numerous films in her entire acting career so and has received several awards and accolades for her stellar performances. The actor made her movie debut in 1986 with the film, Sultanat and later earned her first commercial success with the Kannada movie, Premaloka. She even won Best Actress awards for her critically acclaimed movies.

On the occasion of Juhi Chawla's birthday, take up the following quiz and see whether you can guess the movie name based on the provided storyline.

1. Released in 1992, this movie follows the story of a young man who returns from a trip and learns that his doppelganger has been living with his wife in his absence.

2. Directed by Mansoor Khan, this movie depicts the love story of a boy and girl who fall in love with each other and elope despite knowing about their families' rivalry.

3. Featuring Juhi Chawla alongside Rajesh Khanna and Govinda, the movie follows the story of a loyal servant who is kicked out of the house but later returns to his master when he is in utmost need.

4. This is one of the popular Juhi Chawla movies featuring her opposite Aamir Khan. The movie depicts the story of a man in heavy debt and is the guardian of his late sister's troublesome kids. He soon hires a governess for the kids with whom he falls in love. Name the film.

5. This 1997 movie, directed by David Dhawan, revolves around the lives of a local criminal and a mental patient who fall in love with the same girl and try to win her heart.

6. Juhi Chawla essayed a significant role in this film that follows the life of a prominent swimmer who faces the consequences of coming out as HIV/AIDS positive.

b. Luck By Chance

7. The prominent Sujoy Ghosh's film released in 2003 revolves around the personal and professional lives of three musicians who try to win a music contest.

8. Juhi Chawla essayed a negative role in this 2014 action drama film that revolves around the efforts of a fierce woman fighting against a corrupt politician for the social injustice against women.

9. Featuring Shahid Kapoor in the lead, the movie follows the life of a man who finds it difficult to find a job and as he visits a Romani people for his bad luck, he learns that his lucky charm is a girl.

b. Just My Luck

10. Featuring Sonam Kapoor and Rajkummar Rao in the lead, the movie tells the story of a young lesbian girl and her attempts to deal with her conservative family.

b. Sukhmani – Hope for Life