Bollywood actor Kajol has some wise words to share with her fans & it will definitely strike a chord. "Teacher of the Year award goes to COVID 19" — Here's why

Bollywood actor Kajol has some wise words to share with her fans and it will definitely strike a chord. "Teacher of the Year award goes to COVID-19. Taught us what life is about, simplicity and spirituality, plus uncertainty."

On Saturday, she told her fans and followers not to wear 'good looking pajamas'. You may wonder, why? According to Kajol, "It is very hard to change out of comfortable clothes and even worse when they look good on you!!!". She ended her note by saying, "Speaking from experience." 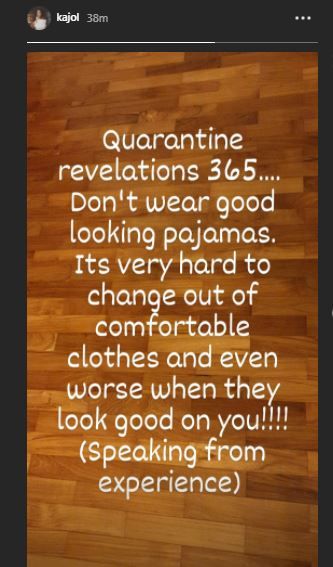 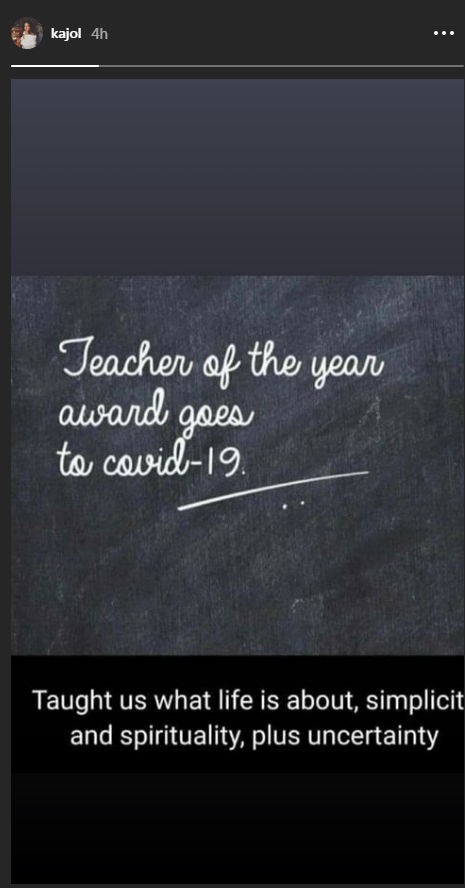 Kajol was also later seen in a short film Devi which depicts how nine women belonging to different strata of society are brought together by circumstance and end up forming a sisterhood after they share their stories of abuse.

Directed by Priyanka Banerjee, the short is produced by Niranjan Iyengar and Ryan Ivan Stephen.

She will next be seen in a Netflix film Tribhanga. The film also stars Mithila Palkar and Tanvi Azmi, along with Kajol in the lead roles. Directed by Renuka Shahane, the film revolves around the story of three different women from the same family, belonging to different generations. The film was initially supposed to be a Marathi film but later turned into a Hindi Netflix film. Shot entirely in Mumbai, the film is expected to release by the end of this year.

How Kajol changes her mood from happy to intense in '3 2 1'; see pictures