Kangana Ranaut is in the National Capital today to receive the National Award for her films like 'Manikarnika - The Queen of Jhansi' (2019) and 'Panga' (2020). 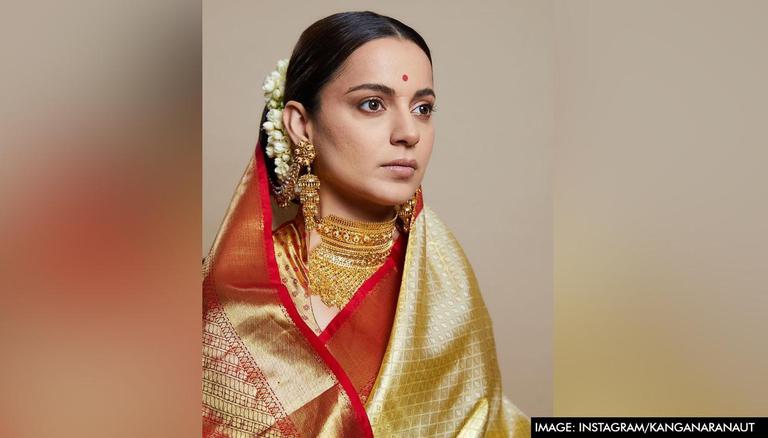 
Kangana Ranaut is in the National Capital today to receive the National Award for her films like Manikarnika - The Queen of Jhansi (2019) and Panga (2020). Before heading to the venue to receive the honour, the actor took to Instagram and shared a glimpse of her ethereal look. The actor looked resplendent in a red silk saree. She completed her look with jewellery and a bun which added charm to her looks. While captioning the post, she felt overwhelmed to receive the prestigious honour.

She captioned the post and wrote, “Today I am receiving joint National Award for two of my performances... Manikarnika - The Queen of Jhansi (2019), Panga (2020). I also co-directed Manikarnika - The Queen of Jhansi. Immense gratitude for the teams of these films[sic].”  In another post, she shared her stunning look and informed fans this is going to be her fourth National Award. An excited Kangana, in a followed post, wrote, “All set to receive the highest honour for an artist in the country today …. National Award[sic].”

Kangana even took to her Instagram stories and shared a picture. She captioned the picture and wrote, “National Award calling[sic],” along with various Tricolour flag emoticons. Apart from Kangana Ranaut, Manoj Bajpayee and Dhanush will also receive the honour for their stupendous acting in Bhonsle and Asuran. Hindi film Chhichhore starring late actor Sushant Singh Rajput will receive the award for best Hindi film.

On the other hand, superstar Rajinikanth will be conferred with the 51st Dadasaheb Phalke Award for his contribution to the Indian film industry. A day prior to the ceremony, the legendary actor had issued a statement on Twitter and shared his happiness of receiving the honour. In his statement, the Kaala actor shared that ‘tomorrow is an important occasion’ for him as he will receive the highest honour of cinema, the Dadasaheb Phalke Award, from the Government of India. He also thanked his fans for the ‘love and honour’ while expressing his joy. Meanwhile, on the work front, Kangana received immense love for her film Thalaivii. She is looking forward to the release of Tejas, Dhakad, and more.

READ | Kiku Sharda takes a dig at Kangana Ranaut on TKSS; Says she 'has already said too much'