Kangana Ranaut, who will be seen playing the role of an Air Force officer in her next film 'Tejas', revealed she hasn't taken a break from work in ages. 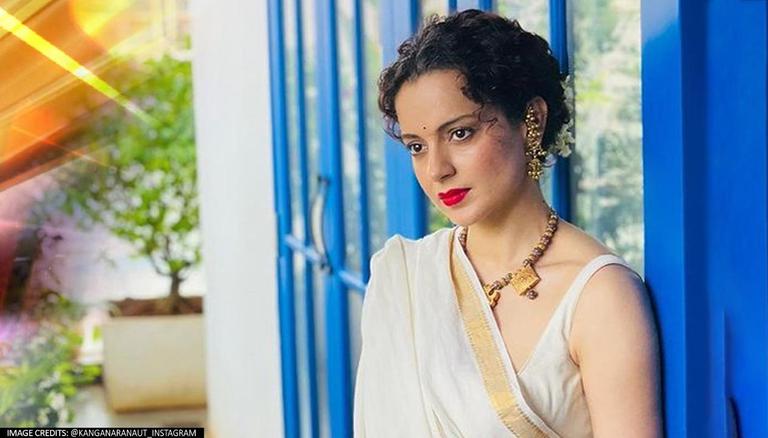 
After basking in Thalaivii's success, Kangana Ranaut has jumped onto complete the shooting of Tejas, which will showcase her as a fighter pilot in the Indian Air Force. The actor is on a non-stop shooting spree and has no qualms about taking on the hectic schedules since she believes 'the show must go on'. The actor commenced shooting Tejas' new schedule last month and shared a photo of her looking dapper as an IAF pilot. "Josh is soaring high," she wrote.

Taking to her Instagram account on Sunday, September 19, the actor uploaded a selfie from the sets, expressing how she hasn't taken a break in ages after constantly working on weekends too. Kangana was also in Budapest, where she recently wrapped up shooting for Dhaakad which also stars Arjun Rampal and Divya Dutta.

Despite hectic schedules, Kangana doesn't forget to strike a pose, this time donned in an intense fighter pilot look for the Sarvesh Mewara directorial. Along with the selfie, she wrote, "Mood when you haven’t had a break in ages and have to work through weekends also …..But the show must go on… Current mission #Tejas[sic]." She also shared the same photo on her Instagram story and wrote, "mood when Sarvesh Mewara makes you work even on a Sunday #Tejas[sic]."

The actor's first look from the flick, which is being bankrolled by Ronnie Screwvala was released on the occasion of her birthday in March. Announcing the commencement of the new schedule in August with her director, she wrote, "On to my next mission #Tejas Starting today …Josh is soaring high thanks to my fabulous team[sic]."

Apart from the much controversial release of her J Jayalalithaa biopic, the actor has also begun with the pre-production work for her upcoming production film Tiku Weds Sheru, which marks her debut as a producer. It will also star Nawazuddin Siddiqui, with Kangana confirming that the shooting will begin in November this year. She also has Dhaakad and Emergency in the pipeline. Emergency is based on former Prime Minister Indira Gandhi’s life and will also be directed by Kangana. The project is penned by Ritesh Shah of Pink and Kahaani fame.

WE RECOMMEND
'Thalaivii': Kangana Ranaut receives appreciation letter from former Himachal Pradesh CM
Kangana Ranaut all smiles as she visits brother to celebrate Ganesh Chaturthi
Kangana Ranaut wishes PM Modi on birthday; Calls him the 'Saviour of civilization'
Kangana Ranaut upset over theatres refusing to screen 'Thalaivii', urges them to 'support'
Kangana Ranaut to star as Goddess Sita in 'The Incarnation-SITA'
Listen to the latest songs, only on JioSaavn.com