'His two teeth' | Kareena Kapoor Khan Gives Sneak Peek Into 'best Part Of 2021' For Her; Take A Look

Fans love to see glimpses of Kareena's two kids, as the two are among one of the most adorable kids of the industry and recently she shared a glimpse of Jeh 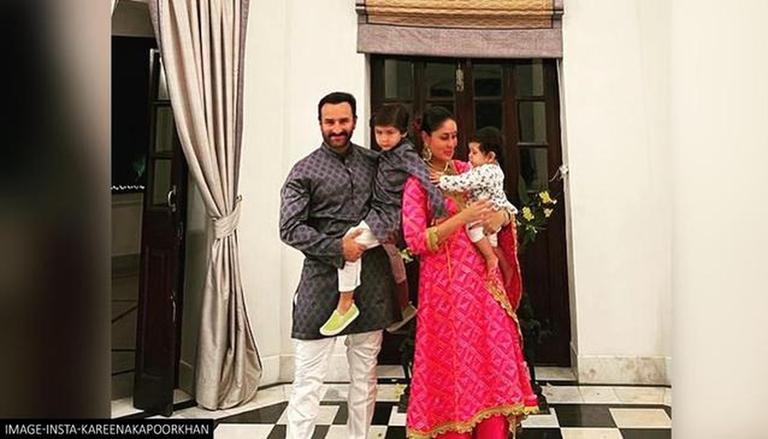 
Kareena Kapoor Khan never fails to appear across feeds with adorable pictures of her kids. The Veere Di Wedding actor is quite active on social media and she manages to grab attention with her posts. Recently, the actor took to her Instagram handle and shared a heartfelt post that had a glimpse of her son Jeh.

Fans are always up for the visual treat with Kareena's social media and on the last day of the year, she shared a glimpse of her son Jeh Ali Khan. In the post-Kareena focussing on the toddler's teeth captioned the picture as -"His two teeth…the best part of 2021#31est December #Mera Beta# Blessed New year all…".Though Jeh's face was not clear, the glimpses are still a treat for the fans. Fans reacted with an 'aww' after seeing the picture and they jumped into the comments section and wrote heartfelt comments for the little munchkin. A lot of users even dropped heart emoticons.

Saif Ali Khan and Kareena Kapoor have been married to each other since 2012. They were blessed with a boy, Taimur in 2016. Kareena on February 21 2021, gave birth to her second son, Jeh Ali Khan.

In February this year, Kareena welcomed Jeh into her family. Since then, the actor has been treating fans and followers with partial glimpses of her newborn baby boy that is taking all over the internet. Recently, the Jab We Met actress took to her Instagram handle and shared a video of Jeh trying to stand up and walk. Watching her child take his first baby steps is indeed a beautiful memory and Kareena captured the moment and shared it with her fans. Fans love to see glimpses of Kareena's two kids and they are among one of the two most adorable kids in the industry.

Meanwhile, on the work front, Kareena Kapoor is gearing up for Laal Singh Chaddha. The film is the Indian adaptation of the Hollywood film Forrest Gump. It also stars Aamir Khan in the lead role along with Kareena.