Kareena Kapoor Khan's Sister, Mother And Ibrahim Visit Her As Her Due Date Approaches

Kareena Kapoor Khan's sister, mother and Ibrahim visit her as her due date approaches close. A video of the same goes viral, read on to know details.

Kareena Kapoor Khan will soon be a mother to her second child. The actor was paid a visit by her family members, Karisma Kapoor, mother Babita Kapoor and Ibrahim Ali Khan, ahead of her delivery. The celebrities were captured by the paparazzi outside Kareena’s residence and the video of the same if doing the rounds on social media.

While Karisma Kapoor was spotted wearing a black monotone outfit and tied her hair back in a ponytail, Babita Kapoor was seen donning a yellow shirt along with a pair of white pants. Ibrahim was seen wearing a white top and a pair of black trousers, which he paired up with a white pair of shoes. Check out the video that is doing the rounds on social media of the same below.

A number of netizens flooded the video post with numerous fan comments. Several netizens asked when was the actor’s due date and if they would get an update about the same. Numerous other netizens also sent much love to Kareena Kapoor Khan and her family.

A number of other people also enquired about Kareena’s health and if she has been hospitalised already. Many other people mocked the paparazzi and commented that they would now wait outside the actor’s house till she gives them any news herself. Few other people commented on Karisma’s outfit and wrote in the comments that she is one of the best-dressed ones in Bollywood. Check out some of the fan comments on the viral video below. 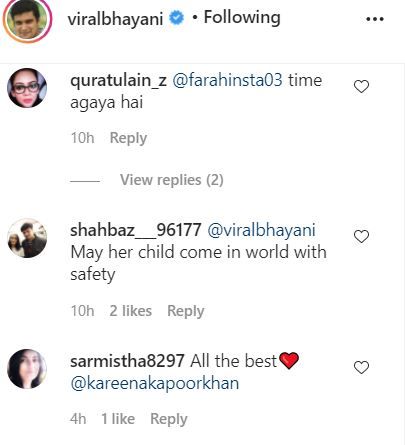 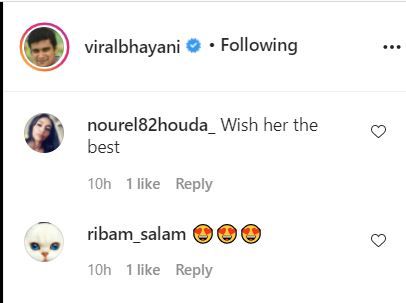 Back in October 2020 Kareena Kapoor Khan took to her social media handle and announced her second pregnancy. The actor was seen posing with Karisma Kapoor in the background as Kareena was seen getting her hair and makeup done. The squad was seen wearing white t-shirts and blue trousers as the caption read, "Double trouble". Check out the post of the same below.

Previously, Kareena Kapoor Khan had posted a picture of her father. She posted an old picture of him on the occasion of his birthday and wrote in the caption of the post, "Handsomest, funniest, wittiest, warmest, strongest and bestest... Happy Birthday Papa". Check out the post below.