Kareena Kapoor was clicked in the same frame as The Great Khali as they made their way out of the Mumbai airport together. Netizens posted fun-filled comments.

Airports have become paparazzi hotspots of late, courtesy the hype over ‘airport looks’. The stream of shutterbugs present at the airport is common, but sometimes there is a steam of celebrities arriving or departing at the same time too. After Arjun Kapoor met Rajkummar Rao and Patralekha and bonded with selfies at the airport a few days ago, recently Kareena Kapoor Khan and The Great Khali too were snapped in the same frame at the airport.

READ: The Next Big Thing? Meet The New Wrestler Who Is Bigger Than The Great Khali And The Big Show

While not much is known about what happened before or after, but a pic of the duo making their way out of the Mumbai airport has surfaced. It is not clear if the duo exchanged pleasantries or they just happened to come out of the airport at the same time, but netizens loved the sight and even posted some interesting comments.

One wondered about the ‘coincidence’ of them returning at the same time, another quipped about Kareena’s slight smile. The difference in their sizes too was highlighted, with one joking if any aircraft could fit the WWE wrestler. A netizen called him ‘sakht launda’.

Be it writing ‘OMG’ or posting love emojis, netizens enjoyed the moment of the their ‘great personalities.’ 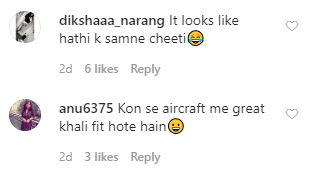 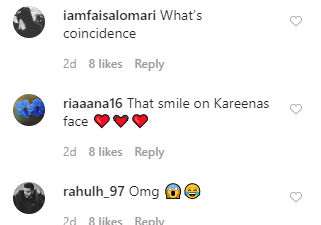 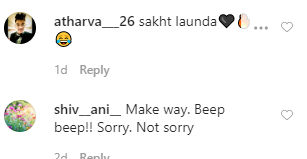 Meanwhile, on the professional front, Kareena Kapoor Khan had an impressive 2019 with Good Newwz turning out to be a big success at the box office, earning over Rs 200 crore. She has two big films in her kitty now, Aamir Khan’s Laal Singh Chaddha and the multistarrer Takht. Her first look in the former was announced by Aamir on Valentine's Day.